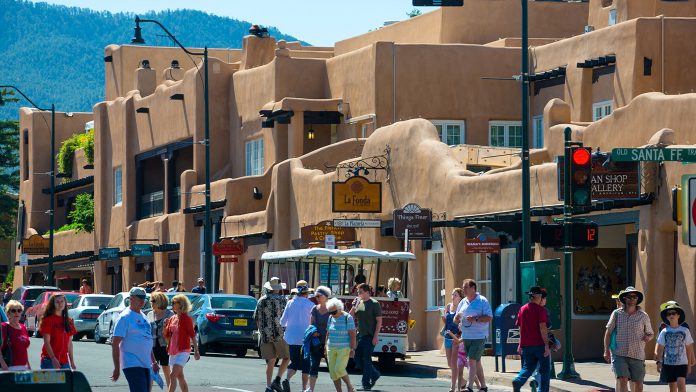 Did you know the U.S. is the number one producer of natural gas? A basic lesson in economics reminds us when you have a large supply of something, the price is usually pretty low. Natural gas is no different, and right now, one million cubic feet of natural gas trades for less than $3.00. You’re likely wondering how much is a million cubic feet of a gas? Convert it to gallons and you’re looking at around 32 gallons or three-quarters of a regular sized barrel. That’s a lot of energy for a pretty small price.

But that wasn’t always the case.

Energy prices in the U.S. used to spike more when global events, often in the Middle East, would cause a disruption in supply. Natural disasters like hurricanes or floods, or other unusual changes in weather can also interrupt our energy supply and when you have a low supply of something that means the price can get pretty high.

And there’s no better place to see that play out than in New Mexico. As natural gas production continues to grow in two areas of New Mexico, both the Permian and San Juan Basins, so do the tax revenues the companies have to pay when they develop these fuels. Companies most commonly refer to them as a severance tax, and in New Mexico, state officials project oil and gas tax revenues like the severance tax could create a budget surplus of close to $2 billion this year.

New Mexico state legislative House Speaker Brian Egolf said the state should know by January if the surplus reaches $2 billion. He also told a local news media that contrary to two years ago when New Mexico faced a $300 million deficit, he sees a windfall from the state’s energy sector. “We see the possibility of hiring, over the next five years, as many as 10,000 teachers in New Mexico,” Egolf said, adding that he wants the bulk of the surplus to go toward education.

In the last decade, as more natural gas has been recovered on U.S. soil, its price has plummeted and remained relatively low. Experts predict they’ll stay low too – for a long time, and that means utility bills have seen a trickle-down effect too. This is good news for small businesses, families, and especially low-income households. In fact, New Mexico families and businesses saved more than $3.4 billion between 2006 and 2016.

As fall turns to winter, we can thank low-cost natural gas for allowing us to heat our homes and know that that turning up our furnace won’t cause too much pain forking out cash from our wallets. I bet the government is feeling the same way too.