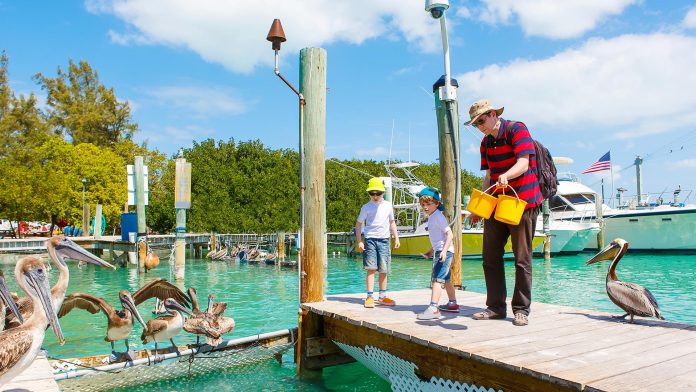 Conducted by MWR Strategies, the poll of 1,005 likely Florida voters shows that 78 percent of Sunshine State residents say that energy will be an issue of importance when they vote on Election Day, with more than 90 percent of Floridians agreeing that both affordable and reliable energy along with clean air and water are important for the state’s families and businesses.

The poll also finds that 75 percent of Florida voters believe that a balanced fuel mix which includes renewables, natural gas, and nuclear is important to help keep electricity affordable and reliable. In addition, the vast majority of Florida voters – 61 percent – would prefer allowing for some exploration and production of energy in the Eastern Gulf of Mexico over a prohibition.

“The poll results show that Floridians overwhelmingly embrace balanced approaches to energy, and recognize that families and businesses in the state will benefit the most when policymakers come together to support both energy and the environment,” CEA Florida Executive Director Kevin Doyle said.  “Despite efforts being made by anti-development activists who are pushing for a “Just Say NO!” approach to energy, more Floridians are speaking up loudly and clearly to reject such short-sighted campaigns and instead opting to support efforts to find solutions that will protect families, households, and small businesses across Florida.”

“I’m a firm proponent of a balanced energy supply, which encompasses an “all of the above” approach. The results of this poll demonstrate that Floridians understand the important role that energy plays in Florida’s economy,” said Julio Fuentes, President, and CEO of the Florida State Hispanic Chamber of Commerce.

The polling memo, topline results and crosstabs can be found at the following links.

The poll has a margin of error of 3.1 percent.

Methodology: MWR Strategies conducted the poll for Consumer Energy Alliance and the Florida State Hispanic Chamber of Commerce. 1,005 likely Florida voters were surveyed via landline or cell phone between October 25 and October 31. The poll carries a 3.1% margin of error.

The Florida State Hispanic Chamber of Commerce actively promotes the economic growth and development of Hispanic entrepreneurs and represents the interests of over 604,000 Hispanic-owned businesses across the state that together contribute in excess of $90 billion to Florida’s economy each year.