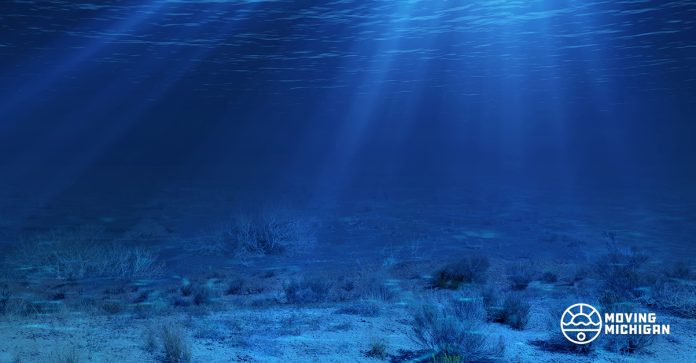 Hostile opposition to major tunnel projects like the Great Lakes Tunnel Project is nothing new. It took nearly two centuries before the tunnel across the English Channel between England and France became a reality. It took fives times longer than expected to build the Thames Tunnel in England – which Londoners later deemed the eighth wonder of the world. And while a Bering Strait tunnel connecting the United States and Russia has been a dream of many since the late 19th century, the idea flounders over concerns about detrimental environmental effects, among other reasons.

So, the continued hostility of environmental activists toward the replacement of the oil and gas pipeline under the Straits of Mackinac follows history’s path. But let’s not forget that the current 67-year-old pipeline – like the English Channel Tunnel, the Thames Tunnel, and the tunnel under a fjord connecting Reykjavik and West Iceland – has never leaked into the Straits.

The new pipeline that is a vital source of oil and propane gas to Michigan families, farmers, and businesses will make a safe pipeline safer by improving its safety, environmental protection, efficiency, and technology and by incorporating multiple layers of protection. On Sept. 8, an Ingham County judge who earlier had ordered a shutdown of the project gave Enbridge approval to resume normal operations of the tunnel project after federal and other experts didn’t identify any integrity issues with the pipeline’s east leg.

Here are the realities that decidedly support the Great Lakes Tunnel Project:

Remember, too, that approval of the tunnel project was attained after thorough comprehensive analysis and discussions between state officials and the pipeline developer. Then a group of bipartisan elected legislators overwhelmingly endorsed it. Most importantly, an independent study commissioned by the state concluded that no viable alternatives to the tunnel exist that would provide the significant energy supplies the pipeline delivers each day.

In addition, support for the tunnel continues to be strong with 73% of Michigan small business owners in February supporting the project and 58% of voters commissioned by the National Wildlife Federation backing the tunnel concept in a 2018 poll. And in 2019, a survey by Michigan State University found that 52% of residents favored the pipeline replacement.

For Michigan consumers, especially the large number in the Upper Peninsula, who depend on reliable propane gas for their home heating supply, the tunnel project makes a clear difference. Michigan is the largest consumer of residential propane in the U.S. and 18.6% of residential homes in the Upper Peninsula are heated by propane, according to a Statewide Energy Assessment report.

Switching Upper Peninsula homes to alternative home heating options from propane would cost homeowners $3,400 to $3,900 a year and if the switch is to heat pumps, that would cost each house roughly $25,000, estimates Jason Hayes, Mackinac Center for Public Policy Environmental Policy director, and Isaac Orr, a policy fellow at the Center for the American Experiment.

The people of Michigan have relied every day on the energy safely delivered by the existing pipeline. It transports oil and propane gas essential to heat homes and for the electric power industry and the state’s economy. And the Great Lakes Tunnel Project that will replace the 67-year-old pipeline that has never leaked into the beloved Straits of Mackinac will be safer still.

Interested in seeing how tunnels similar to what will be constructed in Michigan are built? B1M, an organization that showcases educational content featuring ‘construction at its best to millions,’ lays out the history and the construction of arguably, the world’s most famous tunnel – The Channel Tunnel. Or what some call, the Chunnel that runs between England and France. Watch here.