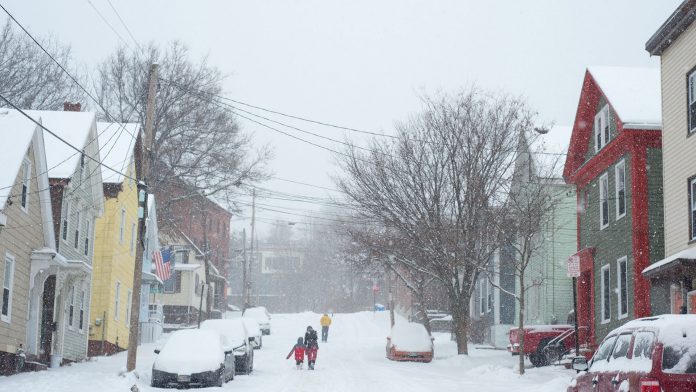 Detroit, MI – Consumer Energy Alliance (CEA) released the following statement after today’s announcement by Governor Gretchen Whitmer that she filed a lawsuit to revoke the easement for the Line 5 pipeline in the Straits of Mackinac. This comes just nine days after Election Day, where previously she had assembled a taskforce to review alternatives to the line over the coming years. Now, without incident, provocation or notice, the Governor’s lawsuit will create chaos for economies across the Midwest and leave tens of thousands of Michigan consumers out of energy and in the cold with no alternatives.

“Today’s action by Governor Whitmer is not only irresponsible, reckless and purely political, it puts millions of families and the economies of Midwestern states at risk in the middle of a pandemic for absolutely no reason. This legally specious action, taken just nine days after a closely contested election, should be rejected out of hand by the courts.”

“The Governor’s reckless lawsuit revokes an easement for a pipeline that has never leaked, and is jeopardizing the fuel supply needed for interstate commerce. This action will needlessly increase energy bills on Michiganders during a pandemic when folks are still saddled with high unemployment.”

“Be clear that this action is cutting off the propane supply for thousands of households, the elderly, and the vulnerable in the Upper Peninsula who need to heat their homes this winter, and for what? This isn’t 2030, this is today.”

“Enbridge has spent years offering a path forward to remove Line 5 from the Straits – again a pipeline that has never leaked – to address environmental concerns raised by politicians like Governor Whitmer and the Attorney General. The fearmongering and baseless lawsuits need to stop.”

“Instead, we need to be working together in good faith to implement the plan already approved by a bipartisan group of legislators to build a privately funded tunnel under the Straits.”

“Time and again, Governor Whitmer and the Attorney General have tried to block the Line 5 Tunnel project, which would remove virtually all risk to the environment. Every one of their multiple state-funded lawsuits have failed. And now they are trying another at the expense of the people of Michigan. This is not leadership, and communities should be angered by this action.”