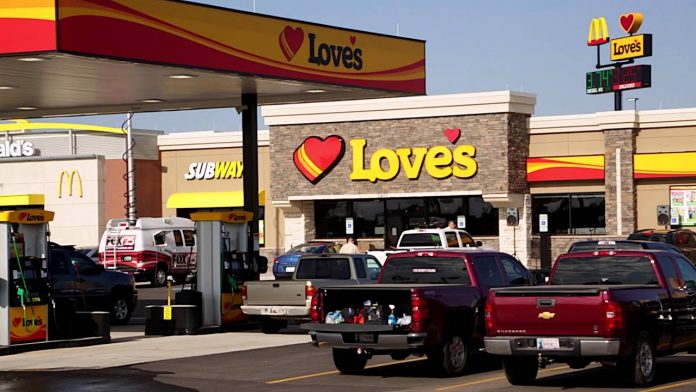 Every day, we are subjected to a new crisis by media and loud political voices. It can be wearisome and unbearable. They often channel Chicken Little, who exaggeratedly thought the sky was falling because the bird felt an acorn hit its head. It has become the narrative of both political extremes, left and right.

This manipulative approach is so effective that polls in early 2021 actually revealed most Americans fear other Americans more than foreign powers who have shown hostility to the U.S., climate change, or COVID-19. That says a lot about our domestic state of mind.

Energy policy suffers significantly from this communications environment. That is particularly true at this moment with pipelines, the prime national example being the Inaugural Day executive order to cancel the Keystone XL permits.

After achieving energy self-sufficiency, the country is returning to the days of importing more than we export. No matter. We’re in the middle of a pandemic, and we’re going to kill jobs. Hundreds of thousands of jobs are threatened. These jobs are held by the very people doing the dangerous work to keep America moving during the pandemic so we can stay safe at home.

They may have been designated “essential workers” earlier in 2020 by the U.S. government, but too many are now essentially unemployed. Not all of them will be energy workers either – though that will be the largest bunch. They’ll also be from the gas station, the restaurants, and the hotels. Killing job-creating employment does not solve unemployment.

And many of these people are in these professions for a reason, either by financial need or by skill. You can’t always just change careers the next day. It’s disingenuous to say, as some do, that only temporary jobs will be lost with pipeline cancellations. It’s also impolite to tell skilled pipeline workers to “go build solar panels” or “learn to code.” If you’re going to school to run heavy equipment or weld, you likely did so because you didn’t want to code.

That’s probably bad advice, anyway. In Minnesota, after years of gaining jobs in renewable energy, Minnesota lost 11,000 clean energy jobs in 2020 because of the lockdown.

With a generally shrinking economy and non-residential construction already struggling, canceling pipeline project after pipeline project sounds will almost certainly have a knock-on financial effect on our economic fortunes.

Additionally, stopping a pipeline does eliminate the need or demand for oil. It just changes how it gets transported to market, or where we source it. That’s the law of supply and demand.

Just look at how shutting down other pipeline projects has destroyed jobs and economic progress and think what building Enbridge Line 3 in Minnesota would bring. How about $35 million in annual property taxes, $162 million in local construction-related spending, 8,600 jobs worth $167 million in payroll, and $2 billion in total economic activity.

Those are the benefits of installing a new pipeline of a few hundred miles across Minnesota. Multiply those numbers, and you can see why killing Line 3 in the middle of a pandemic when people need jobs is a bad idea.

The Economics of a Pandemic

In Minnesota’s pandemic year, the state set a new record, albeit not one to be proud of: The highest unemployment rate in the state’s history of 9.9%. Of all the times to keep jobs on the table, this is it.

Adding energy-related unemployment onto the pandemic job losses is already taking a huge personal toll on families Half of the adults who lost their jobs because of COVID-19 are still unemployed. Older workers are having a much harder time than younger laid-off workers finding another job. People are already struggling with many other daily stresses outside of being unemployed, like the stress of homeschooling and mental health.

Fighting pipelines and shutting them down is as callous, mean, and un-American as any actual policy the Trump Administration ever put forward. Moves against Keystone and other pipelines like Line 3 tell the men and women of this country, who made the delivery of every necessary product possible in the past year, that their jobs don’t matter.

The Realities of Line 3

Minnesota’s Line 3 is vital to the state but also to the rest of the country. According to the Energy Information Agency (EIA), 30% of all crude oil imported to the U.S. comes into the country through Minnesota. That is staggering when you think of what moves through the U.S.  Gulf Coast and Texas – especially when you consider that Minnesota has zero oil and gas production.

There are vital jobs at Minnesota’s two oil refineries and 18 ethanol biorefineries that rely on that energy to process lower-carbon transportation fuels. Minnesota is one of the only states in the country that does not produce oil but has refineries, including the most significant one located in Pine Bend. To keep these refineries up and running, everything must be brought in, which is why it is so vital to maintain the state’s pipelines.

Without these pipelines into Minnesota, all that Canadian oil goes somewhere else. It also means that energy would need to be replaced. Instead of Canada, we’d have to import it by ship from a foreign nation and then by truck or train back to the refineries, increasing the cost of energy for everyone.

The St. Paul Park refinery manufactures gasoline, distillates (think heating oil and diesel), propane, and asphalt to fix those winter-stressed Minnesota roads. Each of those associated industries has its own network of people dependent on their jobs, and they’re not happy about the idea of Line 3 being stopped, either.

Energy sources take time to develop, especially if they’re going to be required to take on a more dominant role in the energy mix. Wood was the chief energy source before the 1880s when coal took over. Coal dominated until about 1950 when petroleum and natural gas rose to the top of preferred energy sources. Whether we like it or not, oil is still one of the most efficient and reliable energy sources to meet consumer demand. As we continue to develop renewables, panic and fear won’t drive them into existence any faster – but rushing forward on promises instead of tangible solutions will hurt our economy and leave people vulnerable to higher prices and financial uncertainty.

The problem is the binary nature of the argument offered by activists – it’s either we do this or else this terrible thing will happen.

Fear is a great sales tool, but for something as important as energy, we need to take fear out of the discussion and stop treating it as an either-or .

We should think wider than that and remember that life is not black or white; it is filled with color – and all of them produce the beautiful hues that we see each and every day. We need all of them to get a clear picture of what we’re looking at – the same could be said for our energy policy.

So as you formulate opinions about our nation’s energy, challenge yourself to think about all sides and come to the table as a more informed energy consumer. If we all looked at this policy with both eyes and minds open, we might actually be able to get to yes – for our communities, our economy, and most of all, for our environment.