I am Dave Harbour, a retired Alaska regulatory commissioner[2].  I publish an energy website and serve as a volunteer member of the Consumer Energy Alliance Board of Advisors[3].

Since you wish to recommend Ocean policy that is based on science and facts I offer you these additional recommendations on ‘process’ as a former Alaskan regulator.

First, On Timing.   There are few courts or regulatory bodies that would commit in advance to a full and complete, science-based, factual adjudication of a complex issue within a brief timeframe of six months or three months—especially when multiple parties, as here, should be given ‘due process’.  The president has given you one of the most complex challenges in the entire history of natural resources policy making.  The president has ordered that you produce recommendations for a national ocean policy, a framework for policy coordination of ocean stewardship and an implementation strategy within three months of June 12.  He has ordered that you produce a framework for ‘effective’ coastal and marine spatial planning within 6 months of June 12.  If quickly transformed into laws and administrative rules, the result could change America and change the world—not just ocean policy–and not necessarily for the better.  Deadlines now loom within sight.  As good advisors, please ask for more time if, as I suspect, this greatest of all natural resources planning projects cannot, by application of science and facts, be comprehensively and competently organized and completed within the dictated timeframe.

Second, On Comprehensive Policy. A sustainable ocean policy presupposes a comprehensive approach.  A little while ago, University of Alaska-Anchorage Chancellor Fran Ulmer spoke of the importance of your producing a ‘comprehensive’ policy.  She made reference to the significant body of knowledge available to you through the University of Alaska.  To not identify, subsume into your record and analyze such relevant material, along with that produced from other oceanographic, sea grant, aquaria, military, maritime and similar public and private sources would be to debase the importance and value of your work.  Nor should the body of knowledge you assemble and analyze be restricted to U.S. institutions since the oceans, like knowledge, are not limited by national boundaries.

Third, Other Relevant Ocean Policy Issues.  A valid oceans policy must recognize the dangers of creating unintended consequences by fully understanding and evaluating related issues.  I would urge the task force to create–as full and equal portions of your recommendations–analyses of the social, economic, cross-polar, cultural, energy and national defense implications of America’s Ocean Policy.

Fourth, Other Alaska and National Concerns.

National Security.  Yesterday Prime Minister Harper was visiting our neighbors to the East, in the northern territories.  It was his 4th Arctic tour.  He came with Arctic announcements, including infrastructure to be provided by CanNor, a new, Arctic regional economic development agency.  The agency will provide for roads, ports and other infrastructure.   He also observed Operation Nanook, the Canadian Forces’ annual sovereignty exercise in the eastern Arctic.  And protecting our sovereign Arctic waters—as Mr. Harper is doing—is arguably as important as protecting the natural values.  We in this room have heard of the Russian Federation plans for the Arctic.  Today our Coast Guard Commandant articulated his three-fold mission in this Task Force effort but none of those missions seemed focused upon establishing, extending and safeguarding the United States’ jurisdiction and sovereignty in the Arctic…when the Canadians and Russians are making sovereignty and jurisdiction a high priority mission.

Yes, Madam Chair, the task force assignment may be well intended.  But you can only fulfill your purpose by carefully considering the web of interconnecting environmental, economic, natural resources, cultural, intra-polar, political and military imperatives and realities.  To create within a half-year an ocean policy recommendation that treats some Arctic values but not all would be to predetermine winning and losing values before assembling and analyzing a complete and factual record.  Your recommendation would be labeled incomplete or incompetent, in spite of dedication or herculean efforts, simply because you were not granted sufficient time to professionally complete the mission.  Please tell the President that you need more time to do it properly.

The President’s direction concerning, “National Policy For The Oceans, Our Coasts, and the Great Lakes,” is a concept that must be fully–not partly–investigated to assure the avoidance of very bad, unintended consequences—including those which could unintentionally harm American citizens or the very oceans themselves. 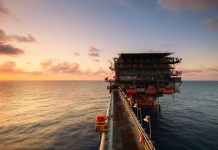 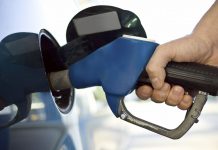 Gas Prices to Rise in 2022 Amid Soaring Demand, Omicron Spread