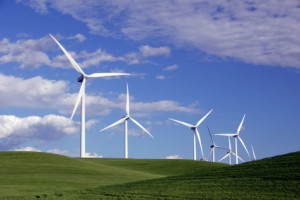 Humans have been using wind power for many thousands of years. From transportation uses such as ships and sailboats, to the creation of the windmill, and now to fancy high-tech wind turbines, the idea of harnessing this natural resource has long been in our energy toolkit. And judging from an announcement by the Department of the Interior last week, it’s about to become much more abundant.

Last week, Secretary Salazar announced his new accelerated wind energy permitting process, called “Smart from the Start,” a program which will finally get offshore wind energy moving in the right direction. He recognized the need to speed up the permitting procedure and rid the process of lengthy technical delays in order to get moving to begin efficiently putting the projects into production. In other words, no fancy red tape needed to begin our offshore wind initiatives.

In 2009, the U.S. wind industry installed over 10,000 MW of generating capacity— enough to power over 2.4 million homes or generate as much electricity as three large nuclear power plants. Wind power represented 40% of all new U.S. electric generation capacity in 2009.

Now that our first offshore wind farm lease, called Cape Wind, has been signed by the Secretary, these offshore wind projects are expected to become more and more popular. This is great news for the states of New Jersey, Delaware, and Maryland, who are happy to have the income and jobs these projects will create.

There are both pro’s and con’s to harnessing wind energy. Tell us what you think.