We’ve spent the month of October thinking big and encouraging our supporters, along with children everywhere, to do the same. The ability of Americans to imagine, and think outside the box was the inspiration behind our successful Energy Day Festival earlier this month. We know that the United States will require new approaches to old problems in order to meet future energy demands.

We close this month of education and discovery with a reminder of just how great our future energy challenges are. This analysis from the U.S. Energy Information Administration shows world energy demand growing at a rapid clip, even as the United States and other industrialized countries achieve advances in conserving energy. The reason is that much of the growth in demand is coming from places that until fairly recently were comparatively small consumers.

As the first figure in EIA’s International Energy Outlook shows, most energy consumption in the coming decades will be from non OECD (Organization for Economic Cooperation and Development) countries. What that means for a large fuel importer like the United States, is a lot more players competing for the same resources. The second figure in this data-rich report offers a look at how the world will meet this rising demand and as you might expect, it is based on increased consumption of a range of fuels, both traditional and alternative.

Finally, read a little further and you’ll see just how much natural gas, particularly so-called “unconventional” natural gas, like that produced from shale, stands to contribute to domestic supplies. It contains projections for natural gas production through the year 2035 that show the United States far surpassing other major producers like Canada and China.

The takeaway? Well, we all have our work cut out for us. We cannot peg all our future hopes or plans on a narrow energy strategy or a specific source of energy, but rather, will have to aggressively tap multiple sources. And to make the most of all those sources, we will have to continue to innovate. It’s no accident that the phenomenal increase we are seeing in domestic gas production results from innovations that have enabled us to access gas supplies that past generations could not.

As we saw at Energy Day, our future opportunities with energy are exciting. 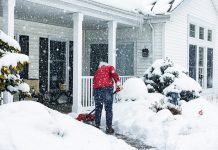 Bad Energy Policies Freezing Out Consumers And Their Wallets