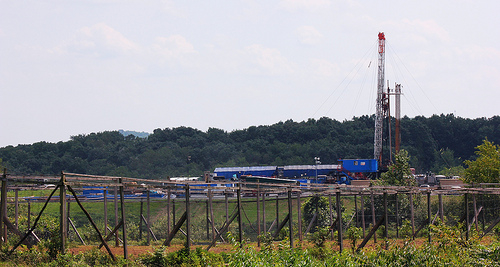 Make no mistake, the past few years have been difficult for Pennsylvanians looking to find well-paying jobs. Our state’s unemployment rate has been stuck above 7 percent for more than five years. Many people have become so frustrated that they’ve stopped looking for work. The one bright spot has been Marcellus Shale development, which has offset this larger trend by providing hundreds of thousands of Pennsylvanians with meaningful work and newfound hope for their financial future.

Despite our distance from the Marcellus Shale, some of the examples of this newfound hope are very close to home. In Philadelphia, the once-struggling Aker Shipyard is now “thriving” due to the abundant quantities of oil and natural gas being extracted from shale. Now, instead of facing imminent closure as it was just a few years ago, the shipyard rehired more than 1,000 of its workers – many of whom are members of the International Brotherhood of Boilermakers, Iron Ship Builders, Blacksmiths, Forgers, and Helpers – to fulfill more than $1.1 billion in contracts that are in place through 2017.

Of course, the shipyard and its employees aren’t the only ones benefitting from this surge of employment activity. In Southeastern Pennsylvania, both the Marcus Hook and Trainer refineries have gained new life processing oil and liquids from shale development. Those projects will save and create thousands of jobs for skilled workers.

Meanwhile, across the state, Chris Petrone, of the International Union of Operating Engineers Local 66, noted last year that his 7,000-member union is “very close to full employment, with much of the work being a direct result of the Marcellus Shale.”

At the same time, Abe Amoros of the Laborers’ International Union of North America (LIUNA) said, “Marcellus Shale has been a tremendous boost for our members. . . . We’re glad these jobs are here to stay and will be around for at least a generation.”