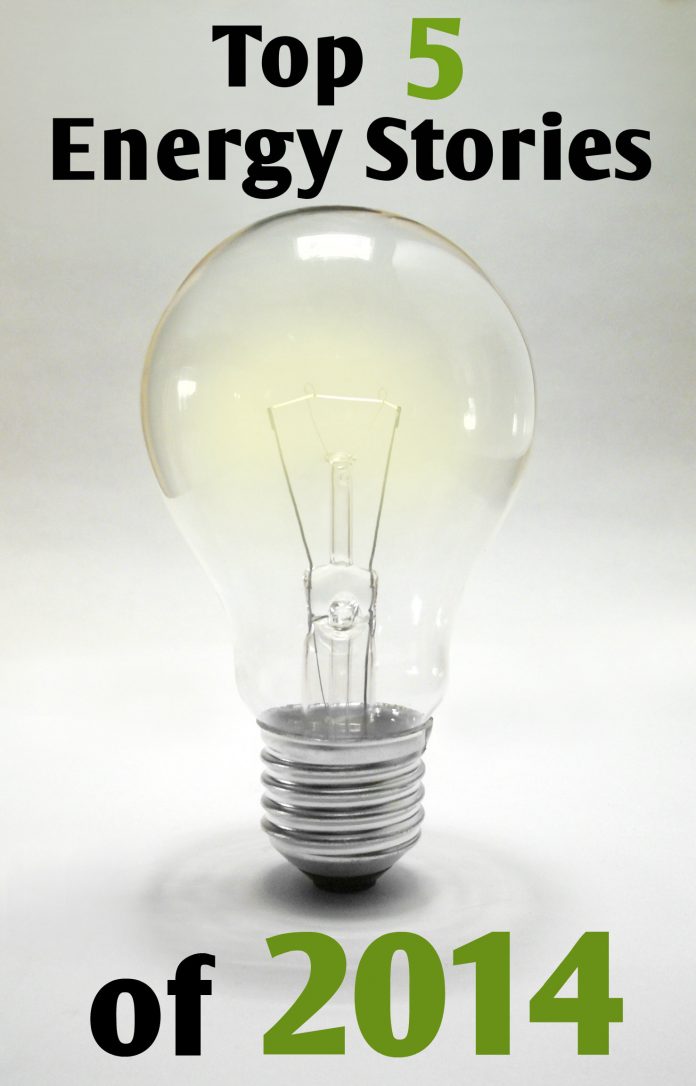 This year the news has been full of good news and bad news for U.S. energy consumers. Major policy decisions (or lack thereof), changes in technology and emerging market forces have all played a role in influencing this year’s cheers and jeers in U.S. energy news.

We’ve proved the critics wrong: the United States can – and has – drilled its way to lower gasoline prices. Burgeoning American unconventional oil and natural gas development has made the United States the top oil and natural gas producer globally and increased the proportion of non-OPEC oil on the global market. Extra supply combined with lower demand has led oil prices to fall to under $60 a barrel. Going into the New Year, the national gas price average is $2.27 – $1.04 cents or 31% less than this time last year.

While gasoline and diesel prices for consumers face a brighter future, our electric bills may not follow a similar fate. Following years of speculation and debate, the U.S. Environmental Protection Agency (EPA) announced its draft Clean Power Plan, which seeks to reduce greenhouse gas emissions from existing fossil-fuel power plants. As proposed, the plan is likely to lead to the premature closure of coal-fired power plants and have a huge impact on the reliability and affordability of our electricity. Moreover, the plan doesn’t fully account for the value of our existing carbon-free nuclear power – a sector that is increasingly facing its own threat of closure. Finally, the influx of distributed generation, such as rooftop solar, has also raised concerns about the costs of maintaining a reliable grid. Combined these challenges raise the specter of higher costs and reliability problems for electricity consumers.

Keystone XL’s southern leg, the Gulf Coast Pipeline, came online this year, delivering crude from Cushing, Oklahoma to Gulf Coast refineries, along with millions in tax revenue, in January. However its northern counterpart, Keystone XL, has now been waiting more than six years for federal approval. As the White House dithers, the new Republican-majority Senate has vowed to make its approval a top priority next year.

Not all consumers have been able to benefit from the energy revolution. Last winter, heating and electricity prices skyrocketed for residents in New England in the face of a polar vortex. Without sufficient pipeline capacity to move natural gas to these markets and the closure of nuclear and coal-fired plants, consumers faced record-high prices due to the constrained energy supplies. Despite the wake-up call, policy makers in the region have been slow to support new and expanded pipelines and new electric generation. Inaction will have a high cost: consumers in some areas of New England will pay 40% more for electricity this December over last month due to these constraints.

Leading up to the election, Consumer Energy Alliance polling showed that energy issues, including offshore drilling and Keystone XL, play a role in how voters view their candidates. It’s not surprising that voters are concerned about a candidate’s views on energy: energy prices are strongly tied to economic growth, and the economy was once again the top issue on voters’ minds this November.