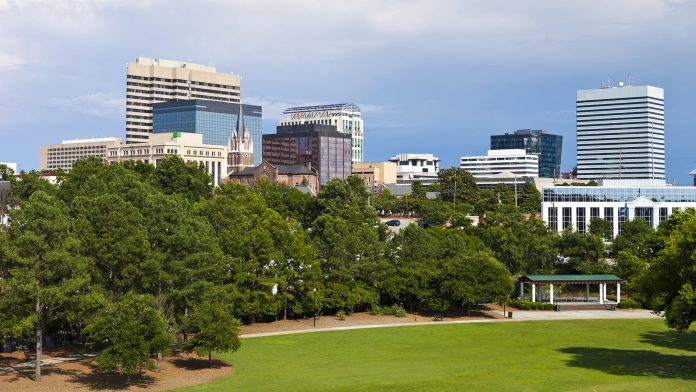 Columbia, SC. – Given that South Carolina remains one of the nation’s largest energy consumers, the fact that statewide emissions fell by 89 percent since 1990 is an incredibly noteworthy and positive feat, according to a Consumer Energy Alliance (CEA) analysis released today.

This historic and underreported trend comes as organizations and outlets continue to disregard the significant work that has been done across the country, and in South Carolina, to reduce emissions and shepherd continued environmental stewardship. This analysis demonstrates that we can have energy production, expanded pipeline infrastructure, and create sound environmental stewardship at the same time.

This number is noteworthy as the state has no significant production, but where more than 65 percent of the state’s energy needs are met by oil and natural gas. In addition, over the last decade, the state’s consumption of natural gas-powered electricity has quadrupled, and the power sector accounted for nearly half of that.

From 1990 to 2017, South Carolina’s emissions of key pollutants have decreased across the board, with a:

Moreover, while South Carolina’s emissions of key pollutants and carbon dioxide were decreasing, the state saw a marked increase in manufacturing along with the anticipated growth of another 64 manufacturers looking to expand into the state.

“South Carolina continues to not only attract a record amount of tourists, but it is setting the bar as a leader in business growth and development with 64 manufacturers expanding into the state,” said Katon Dawson, CEA South Carolina State Director. “With the current energy outlook on the table, access to additional supplies and revenue, South Carolina is uniquely poised for continuous growth in our economy, population and energy security. We hope our policymakers see the opportunities for more low-cost fuel and all of the hard work that has been done to improve our environment through new technology and efficiencies. We especially hope that they don’t cast all of this off at the hands of extreme activist organizations.”

This analysis follows CEA’s Energy Savings Report for South Carolina, which found that families, small business and manufacturers across the state saved more than $6.4 billion thanks to low-cost energy, and another $4.9 billion at the gasoline pump, owing to a combination of increased energy production and strong, safe infrastructure to deliver it over the past decade. The analysis details how the state was able to save despite having no significant in-state energy production.

On average, each resident of South Carolina spent $3,776 to meet their energy needs in 2017. With 15.4 percent of the state’s population living at or below the poverty line, this translates to more than 30 percent of their income going toward energy expenses.

About Consumer Energy Alliance
Consumer Energy Alliance (CEA) is the leading consumer advocate for energy, bringing together families, farmers, small businesses, distributors, producers, and manufacturers to support America’s environmentally sustainable energy future. With more than 550,000 members nationwide, our mission is to help ensure stable prices and energy security for households and businesses across the country. CEA works daily to encourage people across the nation to seek sensible, realistic, and environmentally responsible solutions to meet our energy needs.