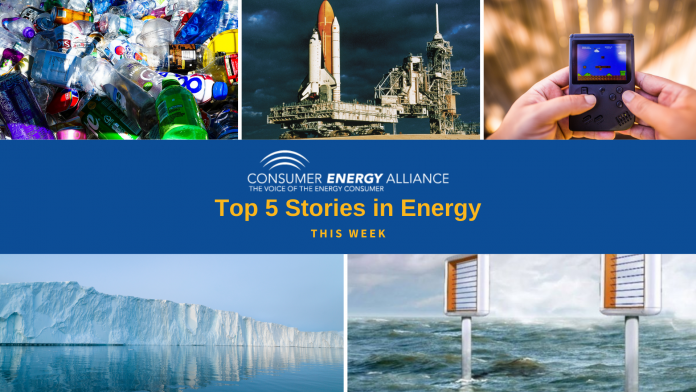 This week TikTok’s parent company Bytedance announced being close to wrapping up new negotiations with White House officials over US ownership of the app via Oracle. And while we are talking about innovation: An Ohio dad went viral after he concocted a “candy chute” to hand out Halloween candy from 6-feet away.

Many Americans cheered this week for the Big Ten voting to start its college football season in October and were amazed to see this woman surfing the biggest wave of the year.

Speaking of huge, a U.S. production company with a new reality TV show competition is asking Americans if they have what it takes to be the next Space Hero, while NASA is asking companies to dig up the moon for them.

These stories and more kept us on the edge of our seats this week, but here are our favorite energy headlines to help you enjoy the weekend. In case you missed last week’s, check them out here.

A project in Los Angeles is testing the prospects for roads being made from recycled materials. E&E News shares how the city has been testing samples of recycled asphalt mixed with recycled plastic in parking lots and smaller streets.

The Department of Energy and NASA have long cooperated on nuclear power systems, but now the agencies are meeting regularly to explore new areas of potential collaboration. Space News details how the agencies are looking to work together on a wide range of technologies, from aeronautics to photovoltaics.

3A Game Boy that runs on solar energy!

Scientists are experimenting with harvesting energy from the sun or converting the energy you put into pushing buttons on a game consol or computer into powering your device. Mom.com previews how the next “proof-of-concept” Game Boys with new energy innovation tools could be the future.

2Reestablishing the Office of Arctic Energy

This week U.S. Secretary of Energy Dan Brouillette announced the reestablishment of the Department of Energy’s (DOE) Arctic Energy Office (AEO) in Fairbanks, Alaska. Energy.gov stated how this new office will drive Arctic activities including: international cooperation, research on methane hydrates, and development of advanced micro grids and nuclear power systems, such as small modular reactors.

1The importance of a wind energy generator with no moving parts