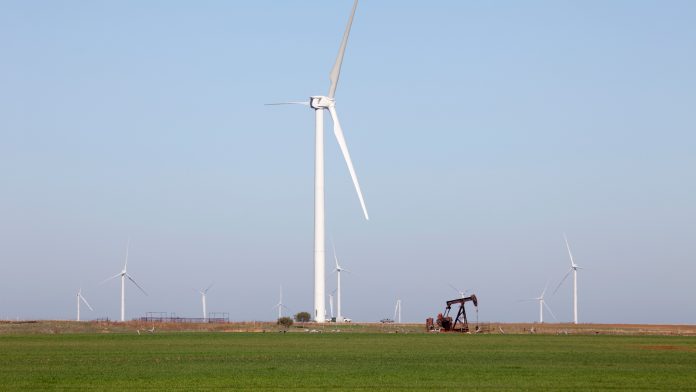 You’ve seen it written in headlines and out of the mouths of anti-energy activists. Stop Line 3 – without any sense or understanding of how our energy mix can, or should, evolve to ensure reliability and access for communities.

It’s an easy proclamation. Just open your mouth and say it; it’s lip service. In reality, it is much harder and more complicated to consider all of the cyclical effects associated with just stopping a pipeline.

Environmentalist Roger Scruton aptly stated: “But there is a lesson in this for the environmentalists. No large-scale project will succeed if it is not rooted in our small-scale practical reasoning. For it is we in the end who have to act…and (we) who have to make whatever sacrifices will be required for the sake of future generations.” He goes on to say: “Their schemes, like their cries of alarm, frighten the ordinary citizen without recruiting him, and he stands in the midst of a thousand warnings hoping to get through to the end of his life without going insane from the noise.”

There is something to this, especially through the lens of personal responsibility and understanding our role as concerned citizens. Whether it is what products we use, how much electricity or water we use, or what we drive, we ultimately make those decisions.

When it comes to driving, that we do – in 276 million registered vehicles in the United States alone. Halting Line 3 won’t stop the supply or the demand. It just changes how the products are delivered to their destination. Despite the many different Transportation Climate Initiatives that have sprung up across the country, mostly in the form of additional taxes, not one specifically focuses on a plan to evolve the transportation sector.

Plus, oil is not just about cars. Will all of the boat motors on all the lakes across Minnesota suddenly stop running? How about ATVs or snowmobiles? The fuel to run those engines will cost more without Line 3 because gasoline will still be delivered to Minnesota distribution points to meet demand, albeit through less environmentally safe channels.

According to the National Marine Manufacturers Association, there are more than 750,000 recreational boats in Minnesota, more than 670 associated businesses, more than 42,000 jobs connected with boating, and $2.3 billion is spent on boating, including fuel.

Add in the Minnesota Snowmobile Association, which says there are at least 220,000 snowmobiles in Minnesota, which all take fuel. There are more than 7,000 snowmobile-related jobs, contributing more than $500 million to the gross state product.

And the ATVs industry employs more than 4,000 people, pays $165 million in salaries, and delves out $30.4 million in tax revenues. That is just in Minnesota.

That’s a lot of outdoor recreation using conventional fuel. Are 5.7 million Minnesotans going to suddenly stop using boats, snowmobiles, and ATVs? No. The sudden ending of all this economic activity would hit Minnesota’s quality of life the way the 2020 pandemic did. Without a serious plan to transition from the necessary existing pipeline to renewable sources alone without a plan is no plan at all, but it will cost real people.

ECONOMIC AND TRANSPORTATION CHALLENGES TO CONSIDER

How will gasoline, diesel, and jet fuel get to Minnesota and the surrounding area if the pipeline closes? Ships? Trains? Trucks? How about barges? And how is that different from the argument about pipelines crossing water, because that is one of the ways it could move.

As we work toward a lower-carbon future, pipelines are a fantastic way to capitalize on sustaining our existing economic output while also transforming how we receive our energy. We can do this by using solar energy to power the compressors that push products through the pipeline. Ships, barges, trucks, and trains are certainly not zero-emission means of delivery. They all have a higher carbon footprint and lower safety records than pipelines. How much more carbon will Minnesotans be responsible for using these other methods of delivery?

Perhaps we should ask how many more thousands of trucks will start to inhabit the roads in Minnesota. The heightened risks of accidents are something to consider when suing to shut down the pipeline.

Then there are trains. Minnesota farmers depend on trains to get their commodities to reach either St. Paul, where the goods travel down the Mississippi to the Port of New Orleans for overseas shipping, or to send them across the country to the Port of Seattle to shipping to Asia.

Farming is a big deal in Minnesota, and canceling the pipeline creates more trouble for farmers. Top Minnesota crops produce billions: $4.6 billion in corn (cornmeal, corn oil, cornflour, corn syrup), $2.6 billion in soybeans, $50 million in sweet corn, $20 million in sunflower seeds, and $20 million in peas, to name but a few. All of these valuable products need to travel from farm to table. That journey starts early on with transportation via truck or rail.

What most people don’t consider is that rail freight brokers will get a higher price for transporting energy products than farm products. When rail companies have to make a choice, they will often make the most profitable financial decision. Do you think activists considered that when they called for the end of Line 3?

Technological advances, like truly making renewables our sole source of energy, takes time and planning. When cell phones were in their infancy in the 1980s, no one ripped their phone out of the wall at home and said, “there, I don’t need that. I’m going to wait for an Android or an iPhone.” Even in 2007, when we got the first iPhones, people were never forced to stop using their older phones in the meantime. And they didn’t. Not until they were assured of reliability.

It would be good to think about whether Minnesota has the grid infrastructure capable of handling the transition from non-renewables to renewables. With hydropower, there is steady electricity production. The intermittent generation of wind and solar makes energy storage imperative.

The problem with trying to overcorrect for climate change too soon by relying solely on renewables is that the numbers just don’t add up. The U.S. is severely short of storage capacity. In 2018, the U.S. Energy Information Administration data showed the U.S. had 1,236 MW of battery storage. To break it down, a megawatt-hour (Mwh) is equal to 1,000 Kilowatt-hours (Kwh), which is equivalent to 1,000 kilowatts of electricity used continuously for one hour. That means that these battery storage facilities are providing roughly 4-7 hours of power. So even assuming they could go 24/7, which they can’t, 1 MW can power roughly 300 homes depending on the house’s size and how much energy the owner uses. So, at the present moment, the entirety of the U.S. battery storage universe could power roughly 370,000 of the 139 million homes in the U.S. for about 4-7 hours.

To top that off, electricity consumption in the United States was about 3.9 trillion kilowatt-hours (kWh) in 2019. That’s a lot of energy to replace.

To think of the immensity of the entire U.S. grid, consider a household appliance. All household appliances have life spans, and when they run their course, they must be replaced. The massive U.S. electricity grid has far exceeded its life expectations. As it is, the grid cannot do much to support transitioning from non-renewables to renewables. Our current grid is like an old box T.V. from the ’80s that we’re expecting to play football and movies in 4K UHD with superior sound quality. It just doesn’t happen. You have to go out and invest in a new T.V. Same with the grid, which is why people across the country are starting to see rate cases. It may not be ideal, but it’s necessary to get where states are mandating.

Let’s say Congress and the president agree on an infrastructure bill, and there’s money to recreate the electrical grid. What happens next? There are still regulatory requirements for all such projects, with extensive, time-consuming permitting and Environmental Impact Statements. These permits include, but are not limited to, permits for wetlands, stormwater, air, cultural and historic preservation, and Tribal consultations. This can take years; some have taken decades.

Once the grid is modernized, the same permitting processes will be required to construct renewable energy generation sites that will supply the grid. Construction also takes time if all goes smoothly. Then there will be protesters. No energy source is immune from the haters, as solar and wind are learning. The fact they have attracted protesters is a sign their business has matured enough to fall prey to the “Not in my Backyard” curse, aka NIMBY.

Besides taking years to build enough turbines to overtake other energy sources, wind makes electricity. Wind, however, can’t replace a molecule; nothing can. And there is still demand for jet fuel and gasoline for cars, boats, snowmobiles, and ATVs that wind power just can’t supply.

As we evolve, we still need to ask the vital question, “What supplies our energy mix today, and what should it look like tomorrow?” We have to get a consensus on creating a plan to execute the transition to renewables. While we do that as fast as possible, let’s use the safest, most carbon-neutral energy delivery source we have in Minnesota. That’s Line 3.