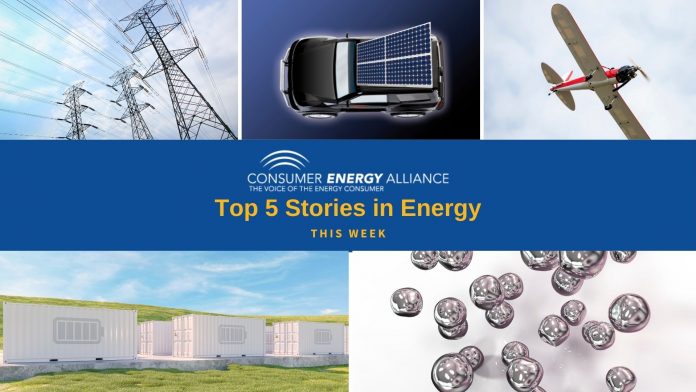 This week, the House Energy and Commerce committee advanced their portion of the reconciliation bill, which included a controversial methane emissions tax. If passed, the tax will raise prices on thousands of everyday products derived from oil and gas, as well as home heating costs and already high gas prices – which many are already struggling to afford. Republicans argued that a methane tax will go against President Biden’s promise not to raise taxes on families earning less than $400,000 a year.

In other big news his week, Hurricane Nicholas left over 400,000 Texans without power on Tuesday. While power has been resorted to many homes in the last four days, more than 35,000 customers in Texas were still without power as of Thursday morning.

Oil prices fell on Friday as production in the Gulf of Mexico was stalled following both Hurricane Ida and Nicholas, although it is still set for an over 3% weekly gain.

Catch up on more of this week’s energy news below!

President Biden’s goal of obtaining 40 percent of the nation’s electricity from solar power by 2035 is dependent on a grid-forming inverter. E&E News explains what an inverter is, how it is not currently available and why in the future it will be critical to helping to restore a blacked-out network.

4Solar-powered vehicles on the horizon

Researchers are developing cars that run on solar energy captured from lightweight panels built into the vehicle’s roof. Euro News charges up the conversation around how consumers may be able to refuel their cars when stationary or on the road in the future.

Rolls-Royce’s experimental all-electric plane, Spirit of Innovation, successfully flew for the first time. Slash Gear explains how this project is one step closer to powering “air taxis” in the future.

An enormous battery storage project was offline in California, fueling reliability concerns energy storage technology – something that is important to helping the nation to meet its future clean energy goals. E&E News reports on why a reliability problem with batteries could hinder the Biden administration’s efforts to decarbonize the U.S. power sector by 2035.

Microbial fuel cells are considered a promising new technology for generating electricity, but there are concerns about their inefficiency. New Atlas reports on how researchers have found a way to increase their energy efficiency by feeding the bacteria silver to make them more conductive.