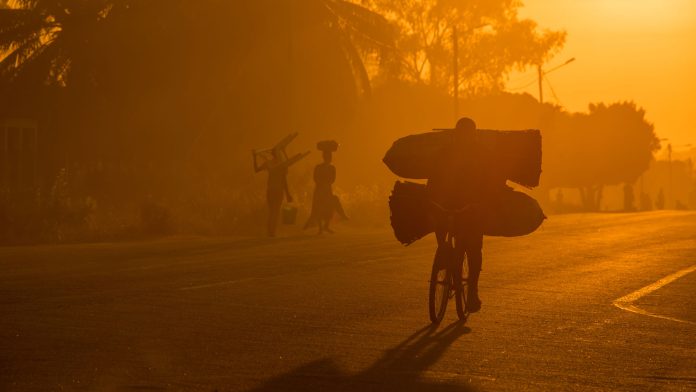 In its latest International Energy Outlook 2021, the U.S. Energy Information Administration stated “global energy consumption will increase nearly 50% over the next 30 years. Although petroleum and other liquid fuels will remain the world’s largest energy source in 2050, renewable energy sources, which include solar and wind, will grow to nearly the same level.” The majority of that increase will be driven by non-OECD countries despite flat demand in OECD countries. 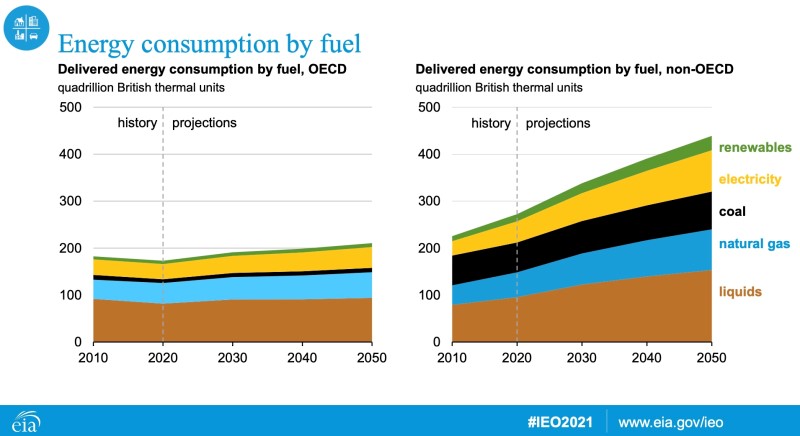 What does that mean?

OECD or the Organization for Economic Co-operation and Development was created to shape policy internationally around “prosperity, equality, opportunity, and well-being for all.” Of the 38 members of the OECD, most if not all are considered developed nations and represent nearly 80% of the world trade and investment, according to the website.

That means 157 countries don’t belong. Most of which are developing nations that are working to increase the quality of life for their own citizens. And some, well, not so much.

So while OECD countries are working to slow the effects of climate change and have taken on huge commitments to reduce emissions, it’s important to remember we’re operating in a bubble, and we’re not alone in that bubble.

While the U.S. and OECD members are some of the largest producers of emissions, we are also some of the most developed nations. That means technology, innovation, and efficiency drive our markets and new products. Each day we do more, with less. However, other countries are still developing and using some of the same tools our countries did to provide basic access to their citizens.

The clearest distinction can be seen through basic data tracked by the Energy Information Administration (EIA) between OECD countries and non-OECD countries. In the report, EIA projects that “global use of petroleum and other liquids will return to pre-pandemic (2019) levels by 2023, driven entirely by growth in non-OECD energy consumption.” They also project that globally there will be increased consumption of natural gas through 2050.

So Who’s Producing All the Oil?

Knowing the demand is there ensures supply will follow. Energy will be produced and energy will be consumed. The question becomes, “Produced where?” According to the BP Statistical Review of World Energy, 93% of the known oil reserves are located in 14 countries, most of which are OPEC nations (organized largest to smallest reserves):

While 98 countries have proven reserves of natural gas, only 15 produce a significant amount with Russia, Iran, and Qatar dominating reserves. Russia alone represents 25.6% of the world’s reserves.

You can see some of the overlaps. Many of them are countries associated with serious country risk. Euler Hermes, a premier trade risk organization evaluates a country’s risk through a six-level scale that combines economic, budget, and monetary policy; regulatory and legal framework, political corruption, and policymaking along with the country’s social cohesion and international relations. All but five countries out of both lists are considered medium to high-risk, which denotes unstable governments, authoritarian rule, and weak economies that often go hand-in-hand with human rights issues and violations. Yet, all of these countries are supplying the world with energy. Some do it with little regulatory framework, few safety measures, and even less consideration for their employees.

Add that all up and traditional fossil fuels made up 84.4% of global energy use. That doesn’t just disappear overnight. Plus, the global middle-class is growing, with three-quarters in developing nations. Remember, those are the non-OECD nations. There is an interesting twist here. While the middle class uses more energy, they use it differently. The global poor are more likely to burn wood and dung while the middle-class have access to power grids and electric plants. Although education, consumption, and workforce development play a big role in the evolutionary outcome of the growing middle-class, the result is that energy demand is increasing – which means governments will be seeking access to energy sources.

Will those sources continue to be coal? Will it be oil or natural gas from one of the unstable nations listed above? Or will it be from the United States?

During his Presidency, Barack Obama opened up energy exports. This allowed the United States to export its energy to these growing countries. Energy that we know was developed under strict regulations for air and water and with high standards for employee safety, making U.S. energy some of the lowest emissions produced fuels in the world. It also gave countries that had traditionally burned coal access to cleaner-burning natural gas.

When the United States doesn’t produce energy, the other countries on the list still do but not as safe and with less care for the environment and their people. Their energy often supports dictators and authoritarian regimes at the expense of their people. Energy will get to market. And while we’re ALL in a race to build enough renewable energy, buying from the same mines and processing in the same facilities in China, Chile, and Indonesia, we’ll all still need to use the current energy available.

If the United States continues on its trajectory to decrease oil production like the Biden Administration has committed, the void here and abroad will still get filled. That doesn’t go away. It will just be with Russian energy – funding their war effort. Or by the oppressive Venezuelan regime that’s plunged their country into crisis with more than 6 million people fleeing, horrific food insecurity, and over 2000% inflation. Or maybe you’d prefer executions, hangings, forced and child labor, and coercion that occurs in other energy-producing countries. How about poisoned water and soil, radioactive leeching, or regular spills – most of which are not reported?

So as the world’s energy demand grows, who would you rather it come from and how would you rather it be developed? Here on U.S. federal lands and waters or through state-run companies beholden to Vladimir Putin, Nicolas Maduro, or Xi Jinping? Because it will come from somewhere, and feigning ignorance and instituting extreme policies won’t get us any closer to solving climate change.