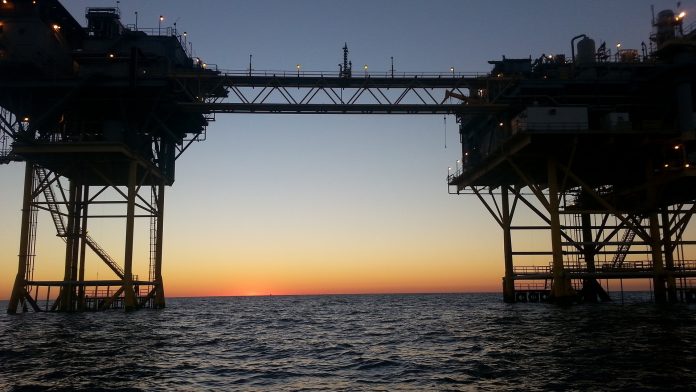 Greenville/Spartanburg, SC – Offshore exploration and production in the waters off South Carolina could generate up to $250 million annually in revenue share payments and would create approximately 2,250 jobs in the Palmetto State, according to a report released today at a press conference by the Southeast Energy Alliance (SEA).  SEA is an alliance of manufacturers, agriculture stakeholders and other energy consumers organized to support the thoughtful utilization of energy resources to help ensure improved domestic and global energy security and stable prices for consumers.

The report, which was distributed at press conferences in Greenville and Spartanburg this morning, details the benefits associated with offshore energy exploration, including the potential for federal revenue sharing, job creation, 21st century technologies, economic growth and potential revenues if it chooses to explore for energy along its Outer Continental Shelf (OCS) miles offshore.

Harry Cato, Speaker Pro Tempore of the South Carolina House of Representatives, said “This report does not come as a surprise. We have the energy resources offshore, the workforce and the technology to help deliver a genuine economic stimulus to our state. At a time when jobs and economic development are most needed in South Carolina, we cannot afford to turn our backs on offshore energy that can be produced safely and effectively.”

The Greenville Chamber of Commerce’s Vice President, John DeWorken, also weighed in, stating “The Upstate business community continues to fight to ensure South Carolina is a better, fairer, and more attractive place to do business. To reduce the high unemployment rate throughout South Carolina, the state needs to support opening access to the energy reserves off our coast. Offshore exploration and production will create jobs, drive down energy prices and give our state a competitive edge.”

Hank McCullough, community relations manager at Piedmont Natural Gas Company – which delivers energy to one million customers in North and South Carolina and Tennessee – added “Delivering affordable and reliable energy to consumers and small businesses throughout the region is a mission we take very seriously. And the more energy that South Carolinians have access to, the less that families and our region’s businesses will ultimately have to pay to keep our economy moving. Technologies today are safer and more efficient than ever to produce, transport and distribute energy to the folks that rely on it every day to heat their homes, do their jobs, and keep their business healthy and profitable.”

According to the report, the Minerals Management Service (MMS) maps and OCS assessments show that South Carolina’s adjacent waters, which comprise approximately 10 percent of the total Atlantic resource base, are projected to contain as much as 750 million barrels of oil and 6.65 trillion cubic feet of natural gas. Exploration and production in the waters off of South Carolina’s coast would generate $413 million in increased GDP and nearly $45 billion in government revenues.

Additionally, South Carolina could receive millions in potential revenue share payments. Currently, Alabama, Louisiana, Mississippi and Texas receive 37.5 percent of the revenues collected by the federal government for offshore energy production. Onshore states, such as Colorado, Montana, New Mexico, Utah and Wyoming, receive 50 percent of the royalties collected for energy development on federal lands. If the Gulf Coast revenue sharing program was extended to the Atlantic Coast, exploration and production off South Carolina’s coast could generate up to $250 million annually in state revenue share proceeds.

Southeast Energy Alliance is a regional chapter of Consumer Energy Alliance (CEA). CEA is a nonprofit, nonpartisan organization that supports the thoughtful utilization of energy resources to help ensure improved domestic and global energy security and stable prices for consumers. We seek to help improve consumer understanding of our nation’s energy security, including the need to reduce reliance on imported oil and natural gas, maintain reasonable energy prices for consumers, properly balance our energy needs with environmental & conservation goals and continue efforts to diversify our energy resources.