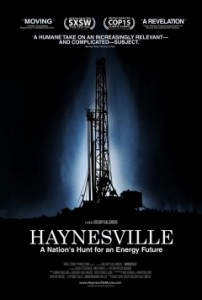 In a nation such as ours, under a government such as ours, it is a magnificent privilege for all persons to be able to possess an opinion and have the right to act on said opinion. Throughout the last 20 years, as technology has taken a leading role in both politics and public opinion, media formats have become almost a necessity. What began as media ideas for political commercials and campaigns has now evolved into full fledged opinion pieces, documentaries and movies advocating or attacking national controversial topics.

The lens through which we must view these pieces can best be put into words by Senator Daniel Patrick Moynihan. “Everyone,” Moynihan liked to say, “is entitled to his own opinion, but not to his own facts.” Responsible journalism requires that both sides are reported, and reported accurately. One cannot choose to examine only the facts that are advantageous, nor can they distort the facts that are true.

“Haynesville: A Nation’s Hunt for Energy” by Gregory Kallenberg was released into theaters on November 5, 2009. The movie takes place in the Louisiana backwoods, and follows the momentous discovery of the largest natural gas field in the United States (and maybe the world). The film examines the historic find (a formation called the “Haynesville Shale”) from the personal level as well as from the higher perspective of the current energy picture and pending energy future.

“Haynesville” is a look into the world of hydraulic fracturing, natural gas production, and an industry that can boost the economy in a momentous way. Our country desperately needs to embrace an effective and balanced energy policy, and a film such as this allows us to objectively look at our needs, our goals, and our direction in terms of a positive energy future.

In conjunction with this blog, we’d like to cordially invite you to a private reception and showing of the film, “Haynesville” on November 30th, 2010. Please see the invitation here, and make plans to join us!

Also, take a look at the trailer for the movie here: