Over the past year, we’ve devoted several blog posts to the state of the Gulf economy and the ways it has been hurt, first by the moratorium imposed on deepwater drilling in 2010, and later, by the de facto restrictions that remain today through permitting delays, even after the moratorium has been officially lifted.  A new study suggests that pain may be more severe than even those of us who have been concerned all along had thought.  But it also quantifies the potential economic benefits of a turnaround in the Gulf – a bright spot in a fairly gloomy economic outlook.

The IHS-CERA study, commissioned by the Gulf Economic Survival Team, found that deepwater exploration and development plan approvals have dropped from an annual average of nearly 130 per year to an annualized pace of fewer than 30 per year, down nearly 80 percent. The study also dispels the notion that this is only a local economic crisis, offering some compelling evidence that this severe slowdown in Gulf drilling activity has reached far beyond both the Gulf region and the oil industry. Vendors throughout the country that support Gulf activities have seen demand for their goods and services decline sharply.  Companies like Caterpillar Inc., in Peoria, Illinois, and software companies all the way out in California have been hurt by the slowdown in the Gulf.  All told, a return to historic permitting paces could create upwards of 230,000 jobs around the country, boost U.S. GDP by $44 billion and generate nearly $12 billion in revenue to state and federal governments.

Perhaps the most critical detail from the study is the finding that virtually every state in the country would benefit from a shift to more proactive drilling policies in the Gulf. For when we talk about the oil and gas industry, we are really talking about much more than drilling rigs and oil and gas pipelines. We are talking about everything from heavy machinery manufacturers to software developers, trucking companies to consulting firms, and the countless supporting businesses working together to improve the ways we explore for, and produce our energy.

Indeed, the 230,000 new jobs expected to result from less restrictive drilling policies would be based not just in Texas and Louisiana, but also in places like Pennsylvania, California, New York, Georgia and Illinois, the study finds. In the same way that we are all – to a greater or lesser extent – consumers of fuel, we are all connected to our country’s energy industry, for better or worse. We hope this study will promote a better understanding of the ways that the health of the domestic energy industry impacts our own economic health so that the whole country can unite around the policies that are better for all of us. 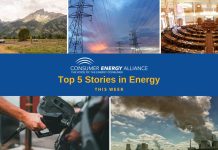 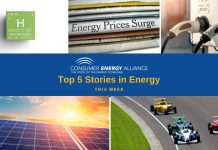