CEA-Alaska last week issued a Call To Action urging entities and individuals to go on record supporting a competitive Alaska by opposing the repeal of Senate Bill 21 and rejecting the placement of Senate Bill 21’s repeal on the ballot as a referendum.  Alaska’s contribution to the nation’s energy supply has been in decline since the 1980’s.  While the resource is there to stem the decline, and perhaps even reverse the trend, the state’s investment climate has not been friendly enough to attract the major investment dollars needed to do so.  After extensive review, analysis, and research, Alaska Governor Sean Parnell and the Alaska Legislature passed Senate Bill 21 to reform the state’s tax system to make it more competitive.  There is now an organized effort to reverse these reforms, increase taxes, and harm Alaska’s competitive position. 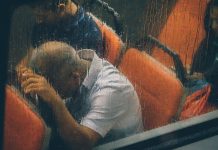