Nearly 500 days have past since the President vetoed the first Keystone XL proposal. Thousands of jobs and billions in economic growth have stalled so that federal officials can again study the most-studied pipeline in history. 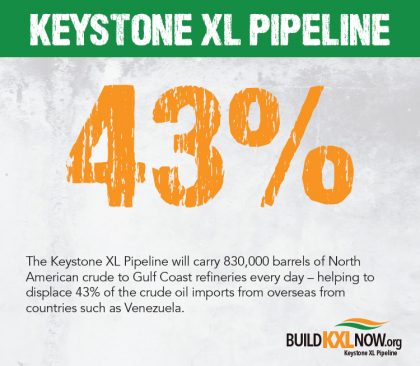 While federal officials debate politics, the rest of know how much that dithering is costing us.

Consumer Energy Alliance conducted an analysis that shows that the decision to veto the Keystone XL pipeline on Jan 18, 2012 has resulted in more than $2 billion in delayed wages as of June 1, 2013. That’s $2 billion that would have been paid out to construction and pipeline workers dedicated to bringing more than 830,000 barrels of oil a day into the U.S. economy.

Join the fight, and help us tell the President to approve the Keystone XL pipeline and put the heartland back to work!