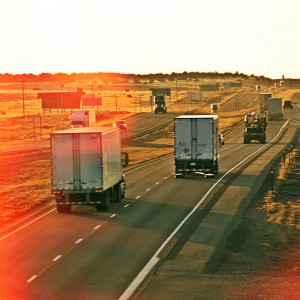 The Texas Department of Transportation’s (TxDOT) recent announcement of its plan to convert some 83 miles of paved roads to gravel should set off alarms in the heads of Texas voters. The move is one of the first outward signs that the state’s road funding situation needs to be tackled head on.

Although TxDOT has given affected counties 60 days to appeal proposed conversions, the agency says it will begin the process soon, once it gets permission from the affected counties (mainly in west and south Texas) to lower the speed limits to 30 mph on the stretches in question. Considering the possible impacts, namely reduced traffic flow, further congestion on roads that remain paved, increased maintenance, etc., the TxDOT plan has received very little, if any stakeholder input.  And that’s part of the problem. Texans across the state must quickly be made aware of the looming road problem and recognize the importance of the state’s infrastructure to their economic success.

A quality transportation system is critical to the success of the Texas energy industry. We doubled our oil production to 2.25 million barrels per day in only 27 months. This exponential growth has provided hundreds of thousands of direct and indirect jobs, and billions in economic growth, making the state the economic powerhouse it is. This growth has also had an impact on our great state’s infrastructure. Many country lanes and Farm to Market roads are subject to truck traffic never before imagined and are showing their wear.

TxDOT’s plan is especially disappointing in the afterglow the legislature’s creation of county energy transportation reinvestment zones (TRIZ’s) that provide temporary increases in broad based local taxes to be used for roads.  Where the new TRIZ funds, created by S.B. 1747 by Sen. Carlos Uresti (D-San Antonio) and Rep. Jim Keffer (R-Easland), provided funding to Granite Wash, Permian Basin and Eagle Ford roads battered by heavy oil field truck traffic, it appears these new road dollars could go to improve county roads that connect to state roads destined for the conversion to gravel under TxDOT’s new plan.

The timing of TxDOT’s announcement is also curious. The Texas legislature just passed a ballot referendum (on their third try) providing about $1.2 billion per year from the Rainy Day Fund for road maintenance and construction. But voters won’t get the chance to weigh in until the 2014 general election.

Though Texans should easily pass the proposed measure, they should also begin the more difficult process of providing adequate funding to TxDOT and the counties enduring the brunt of the degradation of roads. While calls for fiscal restraint will surely grow louder as the election draws near, voters in the eastern half of the state must realize how closely their good fortunes are tied to dusty oil patch roads, and vote accordingly. In the meantime, TxDOT could surely find a better temporary solution to the problem.

Despite the new 60 day appeal window, TxDOT should work to further open it’s pavement-to-gravel plan to stakeholder and community input.The plan could be strengthened by ensuring that converted state roads don’t conflict with planned county TRIZ improvements, along with anticipated improvements under the proposed road funding amendment.  Turning paved roads to gravel will be a less bitter pill if gravel conversion of some roads were part of a broader infrastructure upgrade made possible by increased funding.

TxDOT should reconsider its short term plans to solve budget problems in light of broader future efforts to provide legislative solutions. It should also take input from impacted communities in the oil patch and key stakeholders like energy and service companies. Texans across the state must quickly be made aware of the looming road problem and recognize the importance of the state’s infrastructure to their economic success. Its going to be a long and bumpy road.