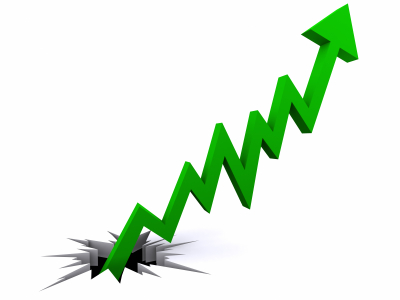 America is in the midst of an energy boom. We all know this. We also know the positive impact it has had on our nation’s balance sheet.

The U.S. is now set to surpass Russia and Saudi Arabia in crude production, and it has already passed the former as the world’s largest producer of natural gas.

But what often slips under the radar is how energy is also fueling population growth in communities west of the Mississippi River – particularly those in Texas – where nearby production is a daily occurrence.

Recent data from the U.S. Census Bureau shows that three of the nation’s five fastest-growing cities – and seven of the top 15 – are in Texas. San Marcos, located between Austin and San Antonio, topped the list of cities with more than 50,000 people for the second year in a row, registering 8% growth between July 2012 and 2013. It now has 54,076 residents.

Meanwhile, another Texas community, Frisco, saw a 6.5% growth, good for second best on the list. Cedar Park, Georgetown, Odessa, McKinney, and Pearland round out the other Texas cities on the growth chart.

Given the state’s long, storied history of energy dominance – the sector is responsible for more than 12% of all the jobs in Texas – these findings are not surprising. Workers continue to be attracted to the sector’s higher-than-average salaries and job security. Now that producers can access resources once deemed out-of-reach via new hydraulic fracturing technologies, the number of jobs is up – and is likely to increase more in the future.

Sara Higgins, the Midland public information officer, recently gave the Associated Press a simple explanation for Texas’s population growth: “Right now, our economy is booming due to the increased oil and gas activity here in town,” she said.

Shale development is also spearheading another vital and quickly growing American lifeline: manufacturing. Data recently released from Manufacturers’ News Inc. (MNI) says that industrial employment grew 2.5% in Texas from May 2013 to May 2014. It is the third straight year Texas gained manufacturing jobs.

“There’s no doubt that Texas’ economy is being driven by the growth in the energy sector,” said Tom Dubin, MNI’s president.

Other regions that have welcomed energy production with Texas-sized opening arms have also benefited. Data from the Census Bureau shows that the majority of the top 15 municipalities with the fastest population growth were in southern or western states, either in or near the oil- and gas-rich fields.

These numbers do not lie. This energy renaissance is helping Texans by generating jobs, stimulating economic growth, lowering energy costs, and increasing incomes – all contributing to population growth in several Texas cities. Thanks to Texas, energy production is now one of the nation’s fastest-growing industries and will be an engine for economic growth for years – if not decades – to come.

There is real opportunity available, and The Lone Star State is proof of this. Today’s energy renaissance is the latest chapter in Texans’ pursuit of the American dream.