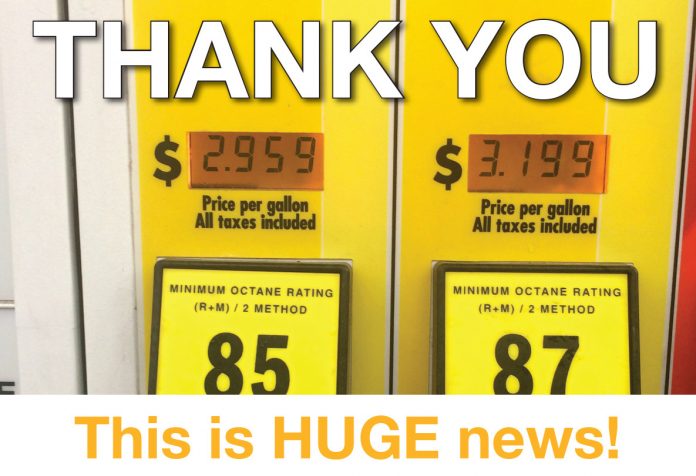 Gas prices are the lowest they have been for four years according to AAA. Increased crude output combined with lower demand have driven the national gasoline average price under $3 per gallon for the first time since 2010 and gas prices may get even lower before the year’s end.

According to AAA, U.S. energy consumers are spending $250 million less each day than they were this summer when gas prices peaked at $3.68 per gallon.

Lower oil prices are the main reason for lower gas prices. Brent, the international benchmark for crude, dropped to $84.78 per barrel, Monday down from June’s year-high of $115. On Tuesday, it fell to $82.74. Every dollar of crude oil translates to about 2.5 cents per gallon of gasoline, said Jeff Lenard, vice president of strategic industry initiatives at the National Association of Convenience Stores, based in Alexandria, Va.

If crude oil continues to fall, gasoline prices will follow.