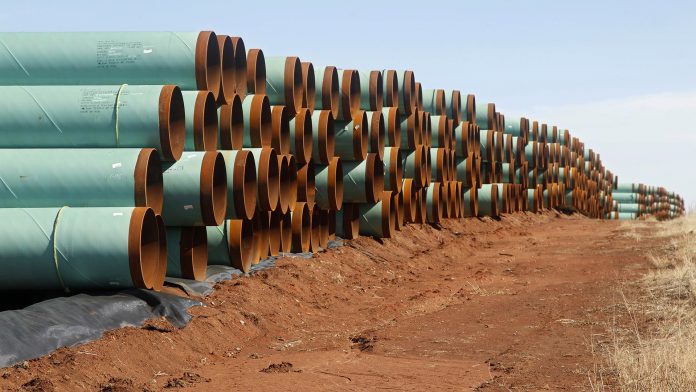 The U.S. House of Representatives approved legislation to build the Keystone XL pipeline. That’s good news for millions of American consumers yearning to keep more of their hard-earned dollars in their pockets, says Michael Whatley, executive vice president of Consumer Energy Alliance, in a story published by WOWT in Omaha, Neb.

By a large margin, that included a significant number of Democrats, the U.S. House of Representatives approved a bill for the construction of the Keystone Pipeline. The vote was 266 to 153.

The passage comes despite a veto threat from President Obama who has blocked the project since first taking office.

All three members of the U.S. House who represent parts of the Omaha-Council Bluffs Metro — Democrat Brad Ashford and Republicans Jeff Fotenberry and David Young — all voted yes.

“Today I was proud to join with my colleagues on both sides of the aisle to pass the Keystone bill,” said Ashford in a statement to WOWT 6 News. “While serving in the Nebraska Legislature, I worked closely with my colleagues to ensure that the route was moved to avoid the most environmentally sensitive areas and had higher safety requirements. The bill that I supported today protects Nebraska’s interests. And this bill will lead to good-paying jobs.”

The Keystone bill is one of the first pieces of legislation considered by the Republican-controlled Congress. It was the 10th vote the House had taken since July 2011 to advance the $7 billion project, which will carry oil from Canada to Gulf Coast refineries.

The Senate has a test vote on Monday with enough support to pass an identical bill.

Just hours before the House vote, Nebraska’s highest court tossed out a lawsuit challenging the pipeline’s route. This is important because the White House had used that lawsuit as a reason for additional delay. The White House veto threat was based partly on the unfinished Nebraska case.

Opponents of the pipeline believe the President may be their best ally.

“The primary thing is to say to President Obama,” said Ken Winston with the Nebraska Sierra Club, “Veto any legislation that’s related to the pipeline and deny the permit…It threatens vital Nebraska resources like the Ogallala Aquifer and we don’t think that’s worth the risk. And we also don’t think it’s in our national interest to run a pipeline through the middle of America that will only benefit people from foreign counties.”

Supporters believe this leaves the President no choice but to approve the plan. “People are getting the sense of what a lower gasoline price economy means for America,” said Michael Whatley with the Consumer Energy Alliance. “Look over the holidays, and Americans had thousands of dollars they could spend — not on gas — but on Christmas presents.”