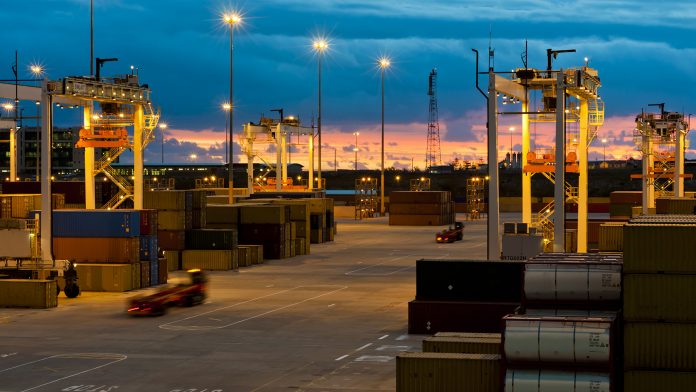 Along with individuals, households, and families, energy consumers are also businesses and organizations across the country working to supply everyday Americans with products and services they use throughout the day.

From factory floors to docks at ports across America, energy moves our way of life. It’s the demand for this energy that is so important to creating good, robust energy policies that help ensure families and businesses have access to affordable, reliable energy and the products they help produce that powers our economy here and around the world.

One key consumer: America’s ports – transporting, shipping, and transferring commodities locally and to global markets. Energy and the products they deliver touch some facet of port operations and are some of the commodities they move.

Have you ever considered the importance of sea transportation? Today, as the Information Age creates a new emphasis upon automating technology and global commerce, the shipyards, docks, harbors, warehouses, inspection facilities and commercial cargo-loading sites along US waterways have risen in importance. Ports in the U.S. perform an absolutely critical economic role.

Ports have long served as a source of employment, too. These vital economic hubs allow businesses to export raw materials and manufactured goods overseas, where 95 percent of the world’s customers are, in addition, to receive imports from these same global markets. In order to enjoy the full economic benefits of rapid technological advances, Americans must strive to maintain and upgrade ports to ensure they continue to serve the needs of maritime commerce.

Experts have indicated the USA currently maintains 926 ports. In 2015 alone, over 82,000 vessels visited these locations. A review of port maps for the United States indicates American ports fall into three main geographic settings: along the coasts, throughout the Mississippi River Valley and its tributaries, and across the Great Lakes.

Ports serve as transportation hubs in the movement of cargo and passengers along maritime routes. While many of these locations, such as the Port of Los Angeles, accommodate huge ocean-going craft (such as cargo container and -max vessels), quite a number of smaller ports provide more limited, yet still vital, facilities. Cruise ship passengers and commercial fishing vessels frequent many mid-sized and small ports, for instance. Some economists argue maintaining all ports in modern, safe condition should rank high on everyone’s priority list: an estimated 99% of exports from the United States travel through ports. These locations perform an essential role assisting the U.S. balance of trade.

A recent increase in North American energy production has not only allowed the United States to compete with OPEC as a provider of oil and gas to other nations, but it has opened up the U.S. to begin exporting energy to countries around the world. In 2016, the U.S. became a net exporter of energy, delivering petroleum to countries like Mexico, Canada, Netherlands, Brazil, and Japan.

In early 2017, U.S. exports were able to help fill a shortage created by cutbacks in other nations. By enhancing port and tanker shipbuilding capabilities, the U.S. could gain important economic benefits from oil production in the future!

Currently, ports in the United States face a two-pronged crisis. First is the capacity of these transportation facilities to serve new “mega ships” and the second is the capability of U.S. shipyards to construct huge ocean-going vessels has declined significantly in recent decades. While the ability of U.S. shipbuilders to construct commercial ships and rigs peaked around 1980, it fell dramatically after that year. Even the production of small vessels had stagnated in the United States by the turn of the century.

Do these issues matter? Yes. In order to remain economically competitive with the rapidly developing economies of other nations, such as China, Indonesia, and India, the United States must also possess the capacity to export in high volumes. Exports contribute financially to a nation’s balance of trade. Importing consumer goods won’t necessarily create wealth or produce well-paid jobs within the USA. The failure of U.S. shipyards to maintain output has accompanied a stark decline in port modernity. Now shipbuilders in some other nations have produced vessels which few U.S. ports can accommodate; some industry experts believe the time has arrived to upgrade some American ports to promote exports.