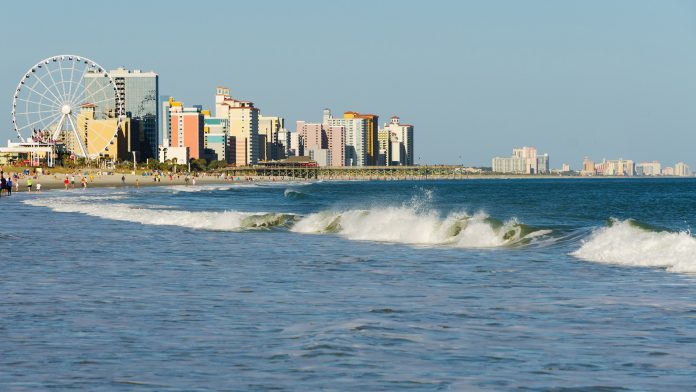 “Expanding Energy Development Opportunities in Coastal Areas of the Atlantic”

Chairman Hixon and Members of the Committee:

My name is Brydon Ross and I’m the Vice President of State Affairs for Consumer Energy Alliance (CEA).

On behalf of families and businesses across South Carolina – including thousands of our individual members and affiliates – CEA appreciates the opportunity to speak before this Committee and offer its full support for expanding energy development opportunities in coastal areas of the Atlantic. We also strongly support including the South-Atlantic in the new federal offshore energy leasing program currently under development at the Department of Interior.

Hearings like this are a critically important in helping educate the public on the incredible resource opportunity we have in America that unfortunately are often too politically charged with over the top rhetoric or technical jargon that speaks past people’s basic concerns and questions.

Here’s what it boils down to, over 90 percent of our nation’s federal waters – which are resources that belong to everyone – are off limits to even considering the development of their vast oil and natural gas resources. This means the nation, states like South Carolina, and more importantly the people of South Carolina lose out on jobs, economic opportunities, and price relief and remain more beholden to other sources including hostile nations to meet our energy needs.

Families and businesses here in South Carolina understand firsthand the critical importance of new, living-wage jobs and economic development opportunities that come with the development of affordable, reliable energy.  Not only are they integral in attracting and keeping energy-intensive manufacturing powerhouses like BMW and Boeing, but the price of energy is embedded in the cost of every good and service we use. It’s how South Carolinians are able to enjoy their lives, get to work, cook meals with their family, communicate on their smart phones, recreate in the beautiful mountains and coast of the Palmetto State and harness the revolutionary power of our digital age and the Internet. All this is made possible by having a secure energy supply.

We are fortunate to live in a time of energy abundance. Untold billions of dollars across our economy are now freed up to innovate and invest in our people rather than dealing with the burden of high energy prices, thanks to technology revolutions that have helped unleash American energy.

This wasn’t always the case. The bad old days weren’t that long ago.

Nearly nine years ago – in September of 2008 – the average price for a gallon of regular gasoline in South Carolina was $4.12. A 15 gallon fill-up, about what my seven-year old Ford Escape holds, would cost $61.80. Since most of CEA’s members in South Carolina don’t have mass transit options to get to and from work or to drop off kids at daycare or school, they have to drive and fill up their car every week, sometimes more. At these historically high prices, our members would pay over $3,200 a year in fuel costs if they just went to the gas station once a week.

Now consider today. The average price of a gallon of regular gasoline is $2.07 in South Carolina. Using the same assumptions described above, drivers in South Carolina now pay an estimated $31.05 to fill up their car. That’s a savings of $30.75 a week or roughly $1,600 yearly from peak pricing levels. For regular people, including your constituents, this is an incredible and meaningful difference in their lives. This could mean the difference in having to choose which utility bill to pay, making more than a bare minimum payment on a credit card and falling further behind in life, or simply just being able to take your family out to dinner or buy new clothes for the school year.

Consider the following poverty statistics in South Carolina from the Center for American Progress:

The fact is – while many parts of South Carolina are growing, the middle class and those in the bottom income bracket are struggling.  The Equal Opportunity Project led by researchers at Berkley, Harvard, and Stanford performed an analysis of all 50 states and hundreds of metro areas and found that South Carolina was one of the least upwardly mobile states in the country – only 4.8 percent of the state’s children since the 1980s have moved from the bottom fifth income bracket to the top fifth.((http://www.newsandpress.net/is-the-american-dream-alive-or-dead-in-south-carolina/))

Underscoring the need for an adequate supply of affordable energy, Inside Energy has noted that while economists consider “affordable” energy to equate to six percent of income, households in South Carolina with incomes below 50 percent of the federal poverty level spend about 30-35 percent of their incomes on energy, with some spending even more.((http://insideenergy.org/2016/05/08/high-utility-costs-force-hard-decisions-for-the-poor/))

This begs a couple of questions: why should we make energy more expensive for those who can afford it least? And why should we automatically shut the door to any new opportunity that offshore development could bring, especially since elected officials and policymakers have a tremendous role in shaping the process to be as safe as possible?

If followed through, calls to exclude the entire Atlantic from even the potential for future energy development will needlessly foreclose jobs, economic opportunities, and revenue that this state and its people so desperately want and need, and with painful consequences.

According to one study, turning our backs on South Carolina families and businesses — especially our working class families, small businesses, and displaced agricultural workers struggling to make ends meet — by excluding the Atlantic, would cost the state up to 35,000+ lost living-wage jobs, an estimated $2.7 billion in lost annual economic activity, more than $15 billion in foregone spending, and roughly $3.7 billion in new state revenue.

Turning our backs on the relief that Atlantic energy could bring to families, businesses, and communities across South Carolina through access to jobs, economic growth, and long-term affordable and reliable American energy is a path that we simply cannot afford to take.

Furthermore, it would create a perverse scenario where those South Carolinians who can afford to fill up their cars at the gas station, keep their lights on, and air condition and heat their homes and businesses will be doing so by relying more than they should on costlier energy imported from other places, including from countries that produce energy with less stringent safety and environmental standards and protections than we do. Without thoughtful policy, we would also be telling those who cannot afford energy that their struggle is not our priority.

Finally, offshore energy development in the United States is safe – and is getting safer every day.

My family has long treasured the natural beauty of South Carolina’s coast. We take our children on vacations to the beach every year and enjoy the wonderful bounty of the Low Country and the communities who thrive off fishing and tourism. It is important to me – as it is to all of the residents and vacationers who visit the coast every year – that the industry and the federal government work together to ensure that any exploration and development of offshore energy resources is done without harming these national treasures.

In fact, you are hearing from technical experts today with the Bureau of Ocean Energy Management who can share how both the federal government and the offshore energy industry have made great strides in improving all aspects of offshore energy production.

Despite the claims of anti-development activists, American energy development and a healthy environment can go hand-in-hand.  In addition to continued safety advances in recent years, there is a long record of safe, environmentally responsible energy development in the United States, both onshore and offshore.  As the Obama Administration concluded last year, we risk greater environmental damage by NOT developing our own offshore energy.

In addition, there have been numerous, wildly inaccurate and outright false accusations made about seismic testing. Here are the words of the Obama Administration’s offshore regulators:

“There has been no documented scientific evidence of noise from air guns used in geologic or geophysical seismic activities adversely affecting marine animal populations or coastal communities.”

It defies logic that the federal government, with its litany of Byzantine and proscriptive environmental regulations and statutes would ever allow the wanton, widespread killing or harm of protected endangered species and marine life – especially in our litigious society.   It also defies human experience, as seen in the Gulf of Mexico where seismic surveys have taken place for decades without any evidence of detrimental impacts and in concert with a thriving seafood industry.

The new process for potential future leasing initiated by the Department of Interior is a lengthy one.  Assuming that the South Atlantic is ultimately included in the new program, additional environmental and public reviews, federal approvals, and business determinations will also have to occur before any lease sale or actual on-the-water activity takes place.

This important and comprehensive process provides ample opportunity to ensure that all issues and concerns are fully coordinated and addressed.  At the same time, the fact that the process takes such a long time underscores why it is imperative that we take steps today to make sure that ample opportunities are available to meet the basic needs of South Carolina families and businesses well into the future.

Development can be made on your terms, but only by saying yes to energy. By saying yes to opportunity, we have the chance to shape the future we want in South Carolina. We lose that chance when we give into scare tactics and hyperbole and those impacted the most are those who can afford it the least.  That is why Consumer Energy Alliance strongly supports the inclusion of the South Atlantic and expanded development opportunities in the new energy leasing plan.

Thank you again for the opportunity to speak before you today, and I’d be happy to answer any questions you have. 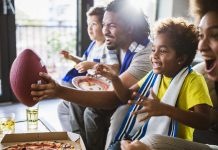 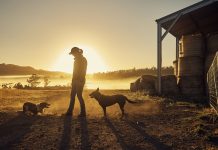