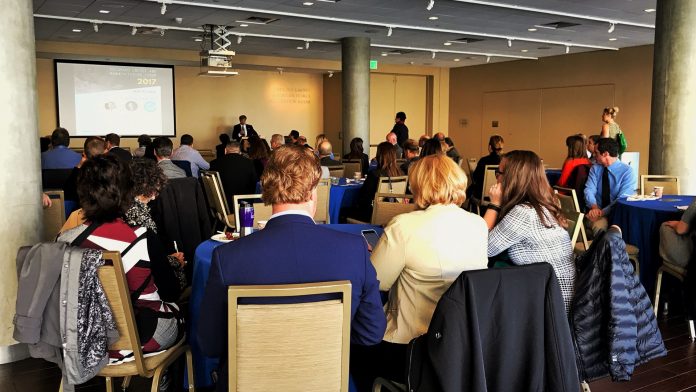 U.S. Sen. Cory Gardner, a Republican, and U.S. Sen. Michael Bennet, a Democrat, on Tuesday spoke to a group of local executives at the Colorado Energy and Manufacturing Forum, organized by the Consumer Energy Alliance (CEA) and Colorado Business Roundtable’s (COBRT) and held at the History Colorado Museum near downtown.

“Today in Washington they’re dismantling the Clean Power Plan,” Bennet said, referring to the plan that sought to cut carbon emissions from the nation’s power sector. “I don’t believe it’s a great idea because I believe it’s the most significant thing he [Obama] did on climate change, it’s rational and Colorado would have no trouble meeting the standards. It would have created jobs in the US., just as the Clean Air Act and the Clean Water Act did, both of which were signed by Republican presidents, not Democrats,” Bennet said.

Gardner, in contrast, hailed the move, saying he was troubled by the Clean Power Plan because “it was an executive order, and wasn’t done through legislation.”