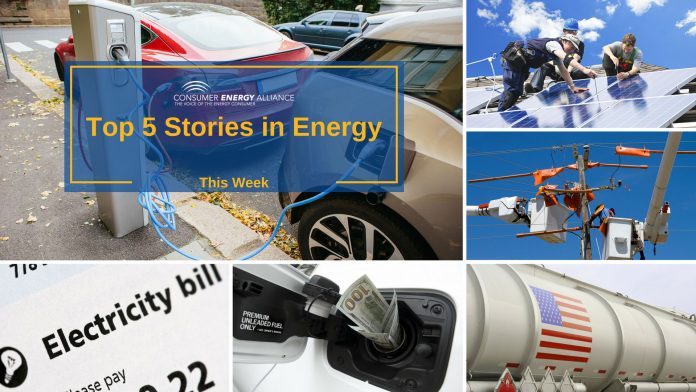 A small electricity and utility contractor, which until very recently only had two full-time staff members, has been granted a $300 million contract to start working on reconstructing the battered electrical grid of Puerto Rico, is being questioned by the United States Congress. Whitefish, a Montana-based company with no discernible track record, did not go through the bidding process. The company happens to be based in the hometown of Ryan Zinke, the current Secretary of Interior; moreover, Zinke’s son briefly worked for the company earlier this year. Preliminary reports indicate that Whitefish became active during Hurricane Irma and was reaching out to contractors when Hurricane Maria devastated the energy infrastructure of Puerto Rico.

2An Uptick in Gasoline and Heating Oil Prices (via Street Insider)

As the U.S. continues to inject greater strength to its strategic and general oil reserves, the value of crude oil slipped but futures contracts on heating oil and gasoline rose in value, suggesting that consumers may see higher prices later this year. Demand for both fuels has been greater than most analysts anticipated, and traders are taking advantage of the situation. In some regions of the U.S., lower temperatures are expected this winter, and the Thanksgiving holiday is expected to generate significant vehicle traffic as American families gather together.

Just a few months after Tesla CEO Elon Musk announced that its company was taking deposits on new residential solar panel installations, the tech entrepreneur held a press conference whereupon he unveiled four panel designs that will look good on just about any roof. The highly aesthetic designs resembled traditional roof tiles; in reality, they are Tesla solar shingles that look a lot better than the current paradigm of dark gray solar panels. This is certainly good news for homeowners who are very conscious about the curb appeal of their properties; appraisers are already taking into consideration Tesla solar panels as features that boost home values.

October is National Energy Awareness Month. Local utilities such as Touchstone in South Dakota, brought attention to energy waste in our households. As expected, HVAC systems were at the top with 47 percent, followed by water heaters with 17 percent. Washer and drier combinations along with lighting were minor culprits; electric ovens, however, were determined to be less efficient than their gas counterparts.

Drivers in the U.S. are not quite ready to embrace electric cars, but they are willing to pay higher prices for small trucks and SUVs. Wall Street investors, on the other hand, are paying greater attention to shares of companies dedicated to manufacturing electric vehicles. According to a recent Reuters report, traders and value investors are drawn to EV automakers even though companies such as Ford and General Motors are enjoying considerable success in terms of selling larger passenger cars, trucks and SUVs; nonetheless, these companies are also boosting their EV research and production for the purpose of appearing more attractive to investors.