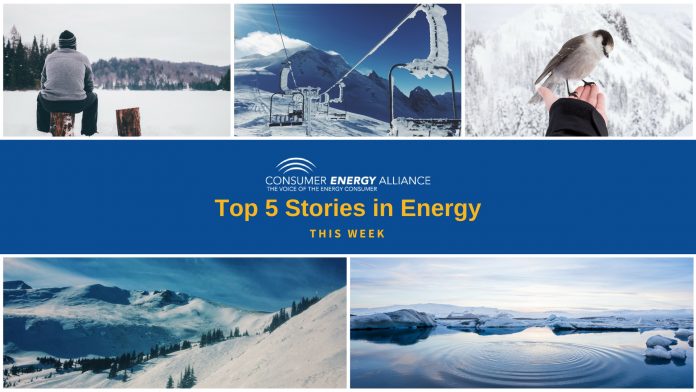 Last week’s media was dominated by cold fronts in places like the Northeast and Southeast regions of the country, but there were still bits of good news we thought we’d share. Check out the stories you may have missed while talks about the impending government shutdown occurred.

According to the U.S. Department of Energy, recent cold weather resulted in the largest natural gas withdrawals in history, totaling 358 billion cubic feet during the first week of January.  This surpasses the previous record of 288 billion cubic feet set during the 2014 Polar Vortex.  The South Central region of the country (including Texas, Kansas, Oklahoma, Louisiana, Arkansas, Mississippi and Alabama) withdrew the largest numbers.  The cold weather also impacted supplies as natural gas production was slowed due to plunging temperatures.

The rapid growth of shale production is set to reach 10 million barrels per day, breaking a previous record set in 1970.  Government forecasts project continued growth into 2019 with production reaching 11 million barrels a day. This surge will reduce U.S. oil imports by one-fifth over the next decade, create jobs in production areas, and lower gasoline prices.

ISO New England released its vulnerability analysis this week and concluded that states in the operating region might have inadequate fuel supplies during the 2024-25 heating season due to challenges with pipeline capacity. The study assessed a range of potential scenarios involving various sources of fuel and recommended increased LNG exports, increased development in renewables and expanding the existing transmission network in order to import electricity from surrounding regions.  ISO New England currently relies on a mixture of approximately 49 percent natural gas, 31 percent nuclear, 10 percent renewables, 7 percent hydro, 2 percent coal, and less than one percent oil.

The largest utility-scale solar project in Texas is coming to Pecos County.  Power from the 236-megawatt capacity facility will be sold exclusively to Austin Energy, operating in the city of Austin.  Renewable energy development is made easier in West Texas with region’s established network of transmission lines.