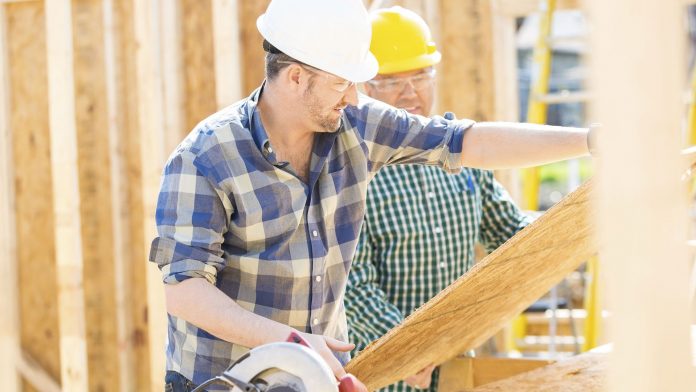 BATON ROUGE, LA — March 6, 2018 — Consumer Energy Alliance (CEA), a national advocate for energy consumers, and various Louisiana organizations joined together today to show support for the U.S. Department of the Interior’s (DOI) proposed 2019-2024 National OCS Oil and Gas Leasing Draft Proposed Program. During a press conference held near the DOI’s public meeting on the Draft Proposed Program, speakers highlighted the positive impact expanding offshore energy development in the Gulf will have on Louisiana’s families and businesses.

“Lifted up by human innovation and technological advances, the energy revolution has allowed the United States to achieve continued environmental progress, demonstrating that American energy development and a healthy environment go hand-in-hand. However, without access to more areas in places like the Gulf of Mexico, these benefits are at risk for Louisiana,” said Brent Greenfield, vice president for policy at CEA. “Supporting the Interior Department’s proposal to both continue and expand access to Gulf of Mexico energy will protect the long-term energy and economic security of Louisiana families and small businesses.”

Greenfield continued: “With estimated benefits for Louisiana alone as high as 31,000 additional jobs, over $2.5 billion in annual economic growth, and nearly $2.3 billion in state revenue, expanding access to Gulf energy can help provide a major boost to Louisiana families and small businesses, especially those struggling to make ends meet, by also helping to keep energy costs affordable, so Louisianans have more money in their pocket to spend on critical needs whether it’s groceries, rent, saving for college, or filling a prescription, and giving the state revenue that can help provide public services and support major infrastructure projects.”

Louisiana Association of Business and Industry President & CEO Stephen Waguespack explained the impact increased energy access will have on Louisiana’s working families and businesses by stating, “The federal government’s proposal to increase energy access in the Gulf of Mexico is critically important to Louisiana and the nation as a whole. Smart development of these ample resources can bring large-scale investments and jobs to Louisiana that will benefit our state budget, working families and businesses of all sizes. Louisiana has the best energy workforce in the nation and they are hungry for new opportunities. This important proposal can help put them back to work.”

Naquin continued: “With nearby infrastructure already in place, freeing the over 90% of the OCS that is currently off limits would permit exploration of undiscovered oil and gas which would allow for our economic prosperity, American job growth and even the opportunity for energy dominance.”

Commenting on the important role the Gulf coast plays in American energy production, Gulf Economic Survival Team Executive Director Lori LeBlanc stated, “The Gulf coast has long been proud to play a leading role in our American energy future and we are pleased this Administration has put forth a sensible OCS program for the United States as it considers 90% of all of the OCS acreage and allows us to finally unleash America’s energy potential.”

LeBlanc also discussed how Louisiana balances energy development and environmental protection by adding, “Louisiana is a leader in producing American energy, and we have also become leaders in balancing energy production with environmental stewardship. Louisiana has demonstrated that we can fuel America while at the same time we can provide the nation with nearly 30 percent of the nation’s commercial fisheries catch. Louisiana’s success in effectively achieving that balance is a shining example of what the United States can achieve in other federal offshore areas.”

Greater Lafourche Port Commission Executive Director Chett Chiasson highlighted how continued energy development would help bring more jobs and economic growth to the state by saying, “Port Fourchon directly supports over 10,800 good-paying jobs across the state of Louisiana and accounts for nearly $4 billion in direct economic activity each year, which includes over $650 million in household earnings. For the Port to continue to grow and have a successful future creating jobs throughout the economy and facilitating development for our community, continued Gulf of Mexico energy exploration and development is critically important. That is why the federal proposal to consider not only continued but expanded access to Gulf of Mexico energy is so important.”

Chiasson added, “As a commercial and recreational fishing mecca, an intermodal transportation hub, a unique area for recreation and ecotourism, and a hot spot for research on coastal restoration and marsh creation methods, the Port is a shining example of how industry and environment can coexist successfully.”