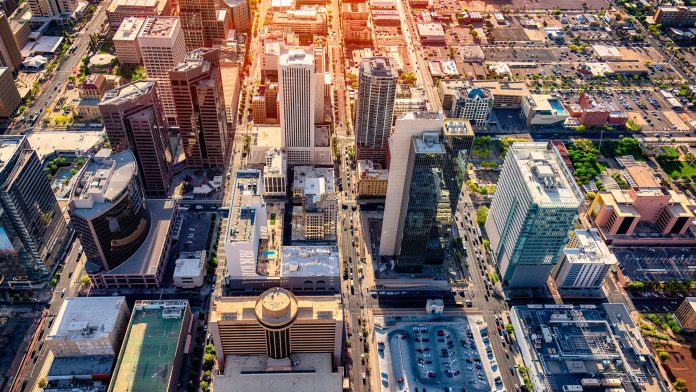 The Grand Canyon State, as its name suggests, is home to some of the most well-known American landmarks in the southwest – from the saguaros speckled landscape in Phoenix to the awe-inspiring red rocks of Monument Valley. The state’s location alone means these iconic landscapes get a lot of sunshine –313 on average – giving way to Arizona’s stellar climb to the top of the list in the world of renewable energy – ranking 3rd in the nation for its solar energy production.

With solar installation and production comes jobs, and lots of them – welders, engineers, physicists, power plant operators and many more are needed to ensure all of that sunshine makes its way into electricity. From research and development teams to maintenance of installations and arrays, about 8,400 Arizonians are employed in the solar industry. Some of these career paths even provide a heftier paycheck, offering interested individuals over $75,000 a year.

While Arizona sees many sunny days in the desert areas where saguaros grow wild and temperatures reach well into the 70s during winter, its mountainous North can see sudden, and very cold, weather changes as the end of the year approaches. This doesn’t mean solar panels won’t work. Prior to the current technology, solar panels could not rotate, and so operators would have to wait for the snow to melt or manually remove it with special equipment, like a solar panel snow rake. Eventually, panels could be rotated 40° to 60°, which was better than before, but still posed issues when there was only a light snowfall because the snow wasn’t heavy enough for gravity to work, making manual removal still necessary in certain instances.

Thanks to even newer and more innovative technology and design, solar panels can produce energy even when temperatures drop and snow blankets the White Mountains of Flagstaff. These innovations allow the panels to tilt until they are 90° or vertical, eliminating the problem of waiting for the snow to melt or slide off once the panels are warmed. 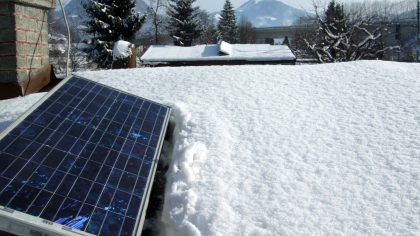 Additionally, it turns out that solar panels are actually more efficient in cooler temperatures for the same reasons our cellphones and laptops run more efficiently in a colder environment – heat can be harsh on electronics. The white in snow can also be helpful, reflecting light back onto the solar panel helping with the production of energy.

It’s easy to see how solar energy has soared in Arizona with more than 536,000 homes being powered by solar. While this incredible momentum continues, individual owners only represent less than one percent of electricity generated with large-scale installations representing five percent. As the state continues to meet its mandates and move toward a cleaner fuel mix, large-scale solar will help even those who cannot afford solar to contribute to these state mandates.

One thing is for sure, as long as the sun’s still shining, people across Arizona can continue to take advantage of this free resource and produce energy!