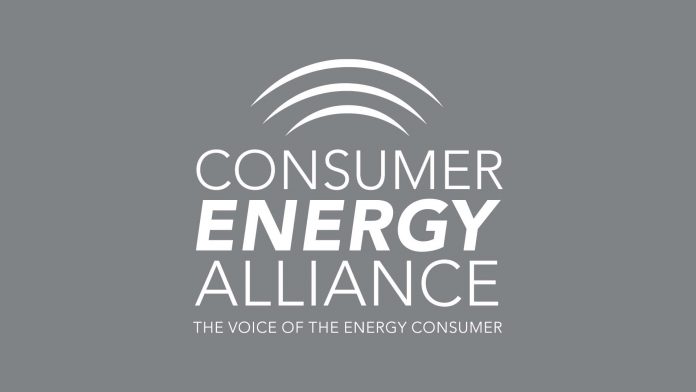 Columbus, OH – On Thursday, April 4th, Consumer Energy Alliance (CEA) sent a letter to a newly created political group named the “Ohio Consumers Energy Alliance” directing it to immediately cease and desist from using a name that is almost identical to the CEA name.  The new organization’s use of the name has already created substantial confusion for the public, elected officials and consumers.

CEA has been operating nationally and in Ohio for more than 14 years. CEA is the leading consumer advocate for energy, bringing together families, farmers, small businesses, distributors, producers and manufacturers to support America’s environmentally sustainable energy future.

Recently, the organization “Ohio Citizen Action” formed the “Ohio Consumers Energy Alliance.”  This new organization has held itself out as doing the same work, and having a similar mission, as CEA. As a result, Ohio Citizen Action’s use of the CEA name has quickly resulted in confusion among the public and elected officials.   Within the past two weeks, CEA has received an unprecedented amount of inquiries regarding its relationship to the new organization.

The name “Consumer Energy Alliance” is a federally registered trademark that is owned by CEA. In order to stop the ongoing marketplace confusion caused by this new organization and to protect its trademark rights, on April 4th CEA sent a letter to Ohio Citizen Action requesting that it immediately cease and desist using CEA’s name and trademark.

“We would also like to be clear that CEA is in no way associated with Ohio Citizen Action or the Ohio Consumers Energy Alliance,” said Ohio resident and CEA’s Midwest Executive Director Chris Ventura.