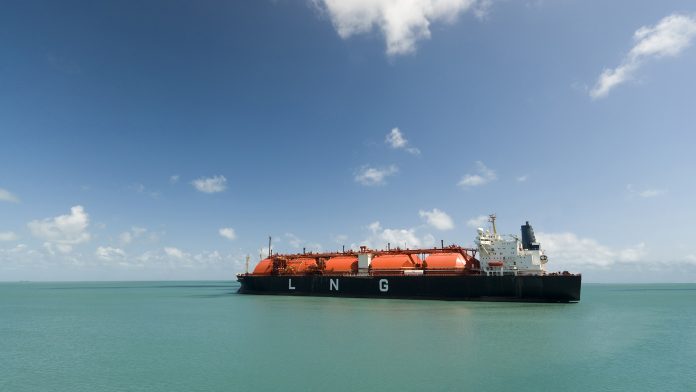 In the area of alternative fuels, natural gas is one of the most affordable and reliable fuel technologies. Since the introduction of hydraulic fracturing, natural gas has become much more abundant, and considerably cheaper, making it increasingly one of the top fuel options in the United States and around the world. As a fuel, natural gas can be stored, transported and used in two different forms. The first is known as compressed natural gas (CNG,) and the second is liquefied natural gas (LNG.) Here’s what you need to know about these two forms of natural gas, the differences between them and how they can be used as alternatives to traditional gasoline.

What Differentiates CNG from LNG?

Compressed natural gas, or CNG, is a fuel type mostly used for buses and trucks. It is “compressed” to approximately 3,000 psi. The reason you see CNG fuel used more with fleet vehicles like buses and trucks is because, by the gallon, CNG has less energy than gasoline and requires a larger fuel tank. CNG is also relatively simple to make, requiring only high-pressure conditions to manufacture. Because of the simplistic nature of the process, CNG has been used at various pressures in vehicles since the 1930s.

Liquefied natural gas, or LNG, by contrast, is a means for transporting natural gas via modes like pipelines, ships, tankers. Like CNG, LNG is compressed, but unlike CNG it is cooled to an extremely low to convert it from its normal gaseous state into a liquid state. During the transportation of LNG, it uses using auto-refrigeration to keep it cool to ensure it doesn’t revert to its gaseous state. This state allows it to be a fraction of its volume. Once it arrives at its destination, it can then be turned from a liquid, back into a gas.

Since its early uses and development over time, CNG has the advantage of being a proven, mature technology.  As such, CNG is known as a viable alternative fuel with relatively little new technological development required. While it can be cheaper than gasoline and helps to eliminate emissions, there hasn’t been a significant adoption by American drivers. That means these cars are harder to find, which also means there isn’t enough adequate infrastructure to support them.

LNG, on the other hand, also presents difficulties as an onboard fuel source since it must be kept cold and requires advanced refrigeration technology that is both difficult to equip vehicles with, not to mention, expensive. However, transporting LNG as a fuel source to markets around the world is a great way to provide different countries with access a fuel source they might not have had otherwise. Through infrastructure development and upgraded modes of transportation, LNG is helping to electrify developing nations and reduce emissions worldwide.

Uses in the Modern Energy Marketplace

Although they may seem to be in direct competition with one another, CNG and LNG can each fill different needs within the alternative fuel market. As nations look to various ways to reduce emissions and use new technologies, CNG is an adequate alternative fuel to gasoline.

LNG, on the other hand, plays a crucial role in providing fuels here at home and around the world. With the advent of hydraulic fracturing in the 1940s and new technology that has increased production in states across the country, LNG continues to supply the fuel needed for industrial manufacturing, transportation, and electricity generation. The latter is important as it is something power plants use as a fuel source so people can turn on their lights and heat and cool their homes. Countries all around the world use natural gas as an energy source, and as developing nations continue to grow, they are looking to gain access to LNG to help power their communities while decreasing their emissions.

As energy demand continues to rise, it’s likely that natural gas will become a much more common source of fuel. It will be a vital source of reliable power to help communities meet new energy mandates while simultaneously helping to reduce emissions. Because natural gas is a fuel that can be used in many different ways, it is likely you’ll hear more about CNG which can be used to power vehicles and LNG which helps transport natural gas to not only power homes, but factories and farms that power our world and contribute to the global economy.