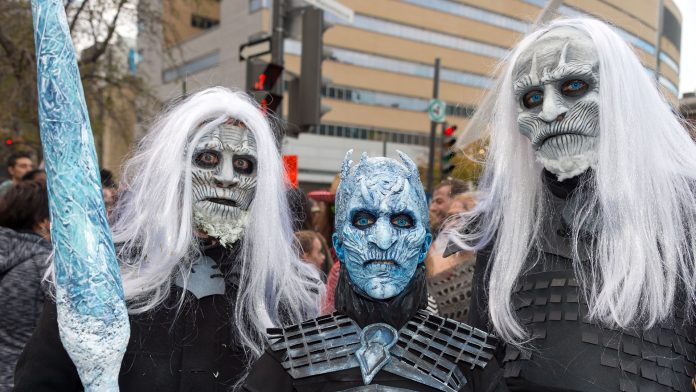 Well, Game of Thrones is officially over, and while many of us are still grappling with a lot of mixed emotions on how it ended, it’s safe to say that the show was one for the entertainment history books. However, have you ever wondered just how much energy goes into the making of a production of that caliber? We have – and the answer is – a lot.

Let’s take episode five from the final season as an example. Dany embarks on a destructive rampage starting with Euron Greyjoy and the Iron Island fleet and moving on to King’s Landing, pummeling the city with “fire and fury,” leaving it completely destroyed. 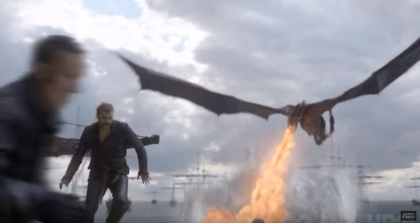 However, did you know that the fire in all of those scenes was real? Yes, that’s right, from the fire spouting out of the dragon’s mouth, to the flames billowing from building windows – those were real flames. How was this possible?

With a lot of gas and propane. 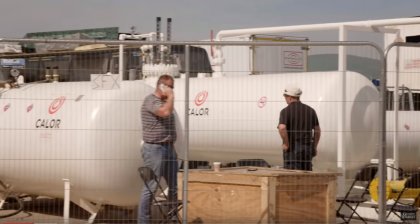 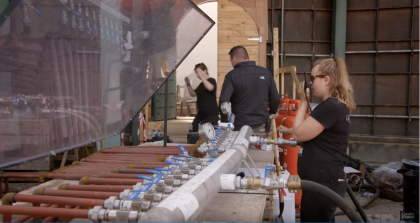 Many of the flames were filmed in front of a green screen by using a flamethrower to shoot fire from high above towards the ground, capturing the effect of flames coming from the mouth of the dragon to the ground below.  The flames were recorded from various perspectives, and the footage was then digitally overlaid onto the scene of the city as the dragon flew overhead. 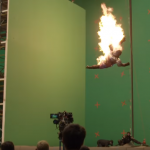 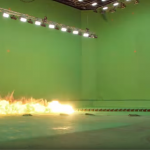 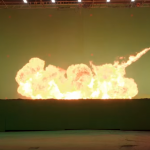 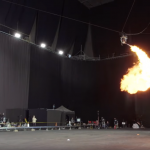 To portray buildings within the city burning, they actually had the set put on fire. However, to achieve the visual representation they were hoping for, they used a system of pipelines to transfer gas throughout the city, creating fire in all the right places, like windows, doorways, and tops of buildings just to get the right shot. 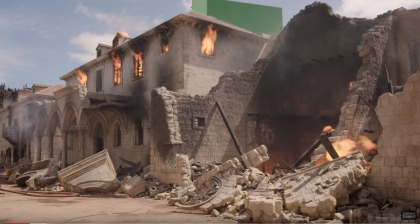 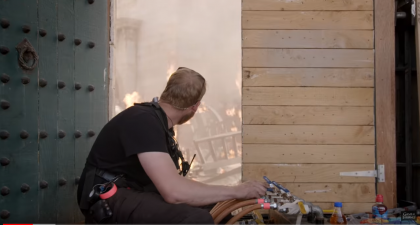 Remember when the front gate of King’s Landing exploded and knights from the Lannister Army came spilling out? That was done by using real explosives, and even setting 22 actors on fire – twice! Of course, the process was highly controlled, and safeguards were put in place, from protective clothing and face masks for the actors, to staff on standby with fire extinguishers – one for each flame-engulfed actor, plus a few more, just in case. 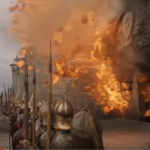 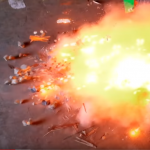 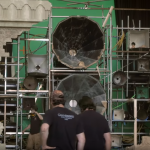 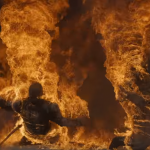 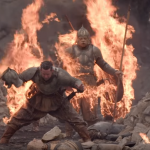 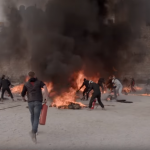 You see, fuel isn’t just used to heat your home and gas up your car. It’s also used to entertain you and bring enjoyment to your life.

While this was just one of two highly produced episodes of the final season that required massive amounts of gas – including 2 to 3 ton gas tanks which sat on set in addition to 5 ton gas trucks that fed into a pipeline system of hoses and valves – this energy helped to set the stage for a world-class production that, hopefully for HBO, had you sitting at the edge of your seat. Though the use of all of the fire and explosives created a great need for energy throughout this season, really, everything that went into making the 73 episodes of the series would not have been possible without energy. 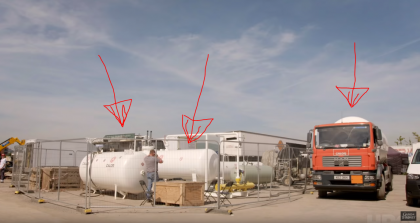 Game of Thrones used backdrops from many of the world’s most beautiful locations, which meant a lot of travel was required of the crew, actors, and extras who flew across ten countries over the course of the entire series, including the shipment of all the materials needed to create each set. Don’t forget, a lot of the expansive sets themselves had to be built, and countless costumes and props were needed to bring the series to life.

Even if you were part of a watch party, or if you dressed up like one of the characters from Game of Thrones – you definitely needed costumes and those don’t stand a chance of getting made without energy.

Want to see all that it took to make the episode, click here: