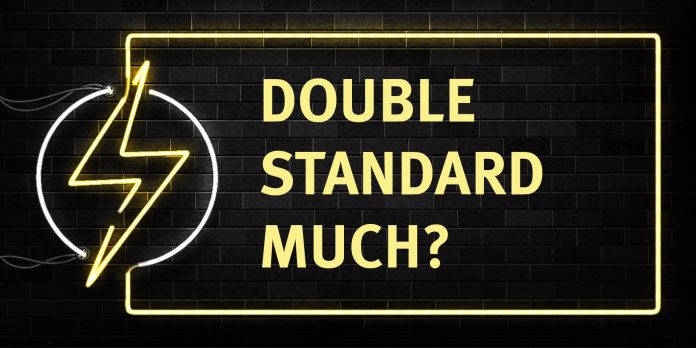 As much as we’d like to think we’ve moved past most double standards in America, many still exist.

One of the biggest in the media is unequal pay between genders. Another – if a man speaks up during a meeting and offers up new ideas, he’s described as assertive.  If a woman does it, she’s bossy. Reverse the gender roles, and we see the same problems.

For all the advancements we have in the world, America’s double standards can be downright embarrassing. It’s probably safe to say that we all hate at least one of them. However, it’s one thing to identify a problem and say it’s not fair, but it’s another to blindly ignore that it even exists. The solution – do something about it.

Enter America’s energy story. In particular, the chapter on permitting, regulations, and safety.

When it comes to energy and environmental issues, it’s hard to argue that there is another country in the world that has close to what we have: drive, innovation, intellectual capital, environmental conscience, abundant natural resources, and an emphasis to allow free markets and consumer choice determine economic direction, rather than enabling the government to pick winner and losers.

The United States is home to many of the world’s most brilliant engineers and academic institutions, and it is engrained in us as children to strive for win-win solutions – options that safely develop the energy we need to succeed, but also protect the environment we love.

Unfortunately, there are some individuals who are against just about everything when it comes to energy development. Regardless of any logical points or data that is introduced, they are against everything all the time. Lately, they’ve been referred to as the B-A-N-A-N-A bunch (Build Absolutely Nothing Anywhere Near Anyone.)  Yet, they are all too happy to head out on a bike ride or drive to a local brewery, ignoring what powers them.

You may or may not know, and despite what some may claim, the United States has some of the most rigorous laws and environmental impact planning in the world. There are numerous steps, forms, documents, maps, applications, hearings, tests (the list continues) before an energy project can even be considered.

For the most part, we all know what it’s like to pass a test and taste the fruits of success and move on to the next steps. For some reason, that doesn’t apply to the energy industry.  Every day, plans across America projects to develop our country’s oil, gas, coal, hydropower, wind, or solar resources are approved, and then canceled. A very vocal minority has run amuck, and protesters are behind the wheel. Ironically a wheel powered by fossil fuels – the very product they claim to despise.

However, imagine this, your child receiving all A’s and their school still holding them back. Maybe they received a perfect SAT score but yet weren’t admitted to a single college. Perhaps you’re a homeowner, and you pass your home inspection with flying colors, but aren’t allowed to sell your home.

Yet every day, we drive or fly, and walk into buildings without second-guessing the engineering that constructed it. Why?  Because we recognize – and subscribe to the realization as a society – that there are countless checklists and tests along the way and that we have high safety standards in this country.

The same should be true for our energy.  Whether you support traditional energy like oil, gas, and coal, or carbon-free energy like nuclear, hydro, wind and solar – or, like us, all of the above – we need to give the same courtesy to the energy industry we do to every other industry in this country. If they’ve passed the test, we need to allow them the opportunity to take the next step, which of course, is heavily regulated and carefully watched along the entire energy supply chain.