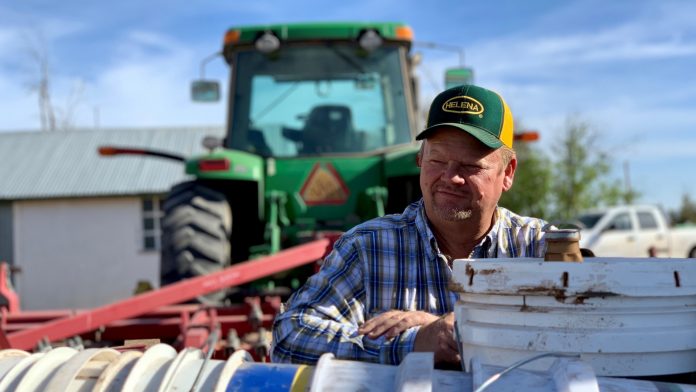 When you sit down to eat, do you ever consider where your food comes from or what it takes to produce it? Seriously – and I’m not referring to your significant other or the cook who “prepared” your meal.  I’m talking about the ranchers who raised the livestock or farmers who grew the fruits and vegetables that ended up on your plate. Think of the “Farm” episode from Portlandia, but maybe a little less quirky.

The answer: probably not. But don’t worry, you’re not alone.

However, while many people don’t stop to think about how their food arrived in front of them, many don’t even understand where their food (or drinks) came from in the first place. If you stop and think about it, every meal has a story.

A couple of years ago, the Innovation Center for U.S. Dairy purported that in a survey conducted on their behalf, 7 percent of American adults think chocolate milk comes from brown cows. In addition to that, the Center indicated 40 percent of California 4th-graders (5th and 6th graders, too) didn’t know that hamburger meat comes from cows; orange juice is apparently the nation’s most popular “fruit”; and French fries and potato chips are the nation’s favorite “vegetables.”

As CNN pointed out about the Center’s survey back in 2017, that’s 17.3 million people. To give you an idea, that’s just 2 million shy of the total population of the state of New York who don’t know that chocolate milk is made from combining milk, cocoa and sugar.”

Later, the authors of the survey clarified further saying that the intent of the survey was to be lighthearted and highlight how people are confused or make incorrect assumptions, about where their food comes from.

While the survey was pretty outlandish, many of them can be. And perhaps the question was a little unfair, so maybe take these conclusions about chocolate milk’s origins with a grain of salt. But it does highlight that there is likely a disconnect between American consumers and farmers and ranchers.

Nearly 99 percent of U.S. farms are operated by farming families – individuals, family partnerships or family corporations. That means fewer than 2 percent of Americans live on farms today. As the U.S. population continues to shift away from rural areas and into cities and suburbs, that number could shrink even more.

For decades, many in the farming community have pointed out that Americans are becoming “agriculturally illiterate.” That is, they don’t know where food is grown, how it gets to stores — or even, in the case of chocolate milk – what’s in it.

And that’s problematic for a number of reasons.  Food shapes our lives, health, attitudes, and more. Additionally, from a consumer choice standpoint, it’s important to understand how things are grown and where they come from.  Not to mention government policies that can interrupt how that food finally gets to us when we go to purchase it at a grocer or convenient store. 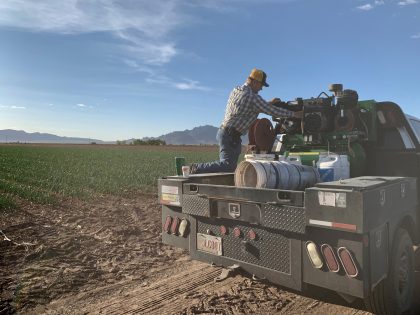 While many people buy groceries from stores in cities or suburbs, much of the food produced in the U.S. happens in the rural areas of our states. To plant, grow, and produce these products, farmers need energy. Meet Don, he lives in southwestern New Mexico. Don’s been a farmer for most of his life producing the watermelon, chilies, and sweet onions we all like to eat.

But dig a little deeper into the process and you’ll realize that as much as we rely on ranchers and farmers, they, in turn, rely a lot on affordable energy.  They are price takers, not price makers – that means the market dictates what farmers can charge for their products, not them. Which means that changes in energy prices affect them disproportionately because everything they do is dependent on energy and natural resources.

So, the next time you’re grocery shopping or sitting down to eat, try and take a minute to think through how everything made it to your plate, including the people and the energy behind it. Like Don. You can hear more about him here: