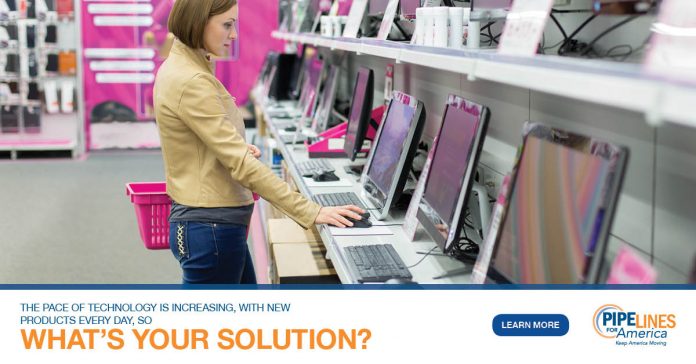 Every year Apple, Samsung, Google and Huawei, along with other smartphone companies are continually developing and selling their latest technology. Much of what is being developed is under cloak and veil to make sure competitors don’t get the latest edge on new software and hardware updates these companies are making. If the changes are big enough, sleek enough, or different enough it pushes consumers to feel like they need to upgrade, whether it’s out of social pressure or for the love of advanced technology.

Individuals across the country (and the world) do this so often that now we can purchase plans from our cell-service providers that allow us to lease and sell back our phones before we ever pay them off. This has enabled us to always have the latest and greatest technology without ever really breaking the bank. Mobile device owners typically update their phones every 18-24 months, according to both the Motley Fool and DeviceAtlas, a leading provider of device data intelligence. This is an alarming trend if you consider that bankmycell.com estimates that 5.13 billion people have mobile devices in 2019 or roughly 66.5% of the world’s population. What’s more, of the world’s 7.7 billion people, there are now more than 8.9 billion mobile connections, which include everything from your cell phone, tablet and other similar devices.

These other devices are also included in the ever-changing technology that companies are constantly upgrading. As you may know, our laptops, cellphones, smartwatches, cameras and gaming systems are all heavily reliant on manufactured components that are often sourced from all over the world from metal pieces and glass to batteries and microchips. The ever-evolving tech industry is reliant on the ability to produce advanced technology quickly and at a rate in which they know consumers are willing to leave an old device behind to upgrade to the newest device or system.  While the lifespan for a smartphone is roughly 2-4 years, while computers are often replaced every 4-6 years. Though gaming consoles have seemingly been consistent, only being replaced every 5-7 years, these same systems are being strategically shifted to a system that will be upgraded similarly to cell phones, forcing gamers to switch if they want the latest and greatest games, speed, and graphics, said Napier Lopez at The Next Web.

These technology improvements and enhancements rely heavily on petroleum byproducts, hard rock mining materials (lithium, gold, copper, lead, nickel, zinc, beryllium, tantalum, coltan and silver) and fuel (oil, gas, diesel and bunker fuel) to manufacture components and build the products that will eventually be transported to markets around the world.

Don’t forget, these are the things that are needed for LCD screens, casing, game discs, processors and batteries, which make these devices more innovative and efficient. These upgrades require more lightweight materials that are heat resistant and maximize processing speeds which require all of these materials. To realize these efficiencies, it is essential that companies have access to affordable energy which is being produced through our country’s Shale Revolution and the mining we take for granted.

The manufacturing process for metals can also get costly, from heat-intensive processes like casting and metal forming to electricity that runs the machines used in cutting and assembly. When energy prices go up, so too does the cost of manufacturing.

We must be able to have thoughtful and balanced discussions surrounding energy policy. Anti-energy activists have worked to lead policymakers to believe that by cutting off energy development to only carbon-free sources that we’ll rid the need for extractive industries, but that is not true. Energy is not just for fueling your car or heating and cooling your home. It’s the foundation of many of the products and the advancements we’ve been able to make in technology. Without abundant and affordable oil and gas, as well as access to minerals, we would not be able to see the functional changes to both hardware and software that have occurred in technology or access new products without these industries.