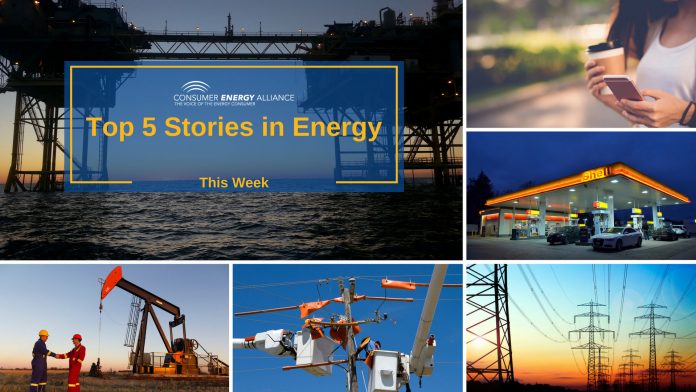 This week in regular news we learned that Prince Harry and Meghan Markle are stepping down as senior members of the Royal Family; Justin Bieber confirms he has Lyme disease; and a body language expert revealed who The Bachelor (Peter Weber) is vibing with in this week’s premiere. While, we love reading these stories, we wanted to share our favorite headlines from the energy sector. Catch up by checking out last week’s headlines here.

5Remember the good old days when a phone battery would last a week?

Monash University in Melbourne, Australia recently developed a lithium-sulphur battery that can keep a cell phone charged for FIVE days. This is also great news for electric cars and grid energy storage, as all three of these items currently use lithium-ion batteries. NewScientist covers the rest of the story here.

The Consumer Electronics Show took place this week, and what better way to get the word out about a brand new SUV? Particularly an SUV that runs on electricity! While that may seem like an oxymoron, Fiat Chrysler is making good on its promise to electrify all of their vehicles by 2022. CNBC tells the tale here.

3The largest solar farm in the U.S. just made a deal on storage with Google

One of the biggest flaws of solar power is the ability to store energy. Typically, corporations that invest in renewables will buy an offsetting amount of kilowatt hours. However, with this deal we see that Google will match time consumption as it is happening. Green Tech Media gets into the nitty-gritty here.

2Many consumers pause on cryptocurrency, as it remains a foreign concept to them

That being said, throwing in the fact that these “cryptocurrency mines” have a negative impact on the environment could create a longer delay of introduction to mainstream sources. Researchers at the University of New Mexico found that the environmental costs of cryptocurrency mining are larger than previously realized. Science Daily gives the scoop here.

1Small business runs this country, especially in the energy industry

The Department of Energy announced this week that they are awarding $32 million in grants to small business research and development. One-hundred fifty-eight grants in total will be shared among 118 companies to support innovation and job creation. The DOE shares full details here.