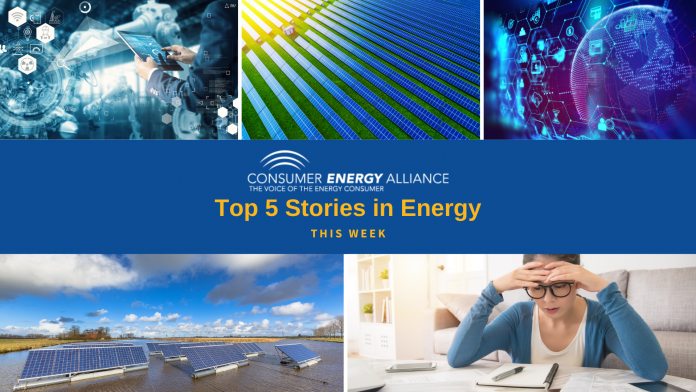 Global energy headlines kept us busy this week as we saw cooling demand keeping oil stuck around $40 per barrel, fracking take a central role as a campaign issue in the U.S. presidential race, and Hurricane Delta shuts most U.S. offshore oil output in 15 years.

We also learned the US’ share of the Chinese oil import market climbed from 0.4% in January to 7% through mid-September. This increase means that Middle East producers such as Saudi Arabia, whose market share in China has dropped from 19% to 15% over the same period.

After all of this week’s interesting global energy stories, here are five consumer stories to help get you ready for the weekend.

Unfortunately, there is a new way the pandemic may be hitting people’s finances – higher winter heating bills. Axios reports on how households that heat with gas, electricity and propane are expected to pay more on average this winter, while heating oil users may see lower bills, according to an Energy Information Administration outlook.

4Solar-hydro projects could power 40% of world

Linking floating solar panels with hydropower could produce the equivalent of 40% of the world’s electricity, according to a new study by researchers at the Department of Energy. E&E News details how a team at the National Renewable Energy Laboratory released a study that provides the first global look at the technical potential of this hybrid concept.

With nearly 70% of energy consumed in the U.S. coming from oil and natural gas products, the need to keep production in America and independent from foreign oil is paramount to job creation, environmental funding, and active U.S.-based supply chains with low manufacturing costs. Energy.gov shares a new report that discusses how several key advances in technology enabled a dramatic increase in domestic oil and natural gas production over the past 20 years.

Scientists are studying how designing solar panels in checkerboard lines can increase their ability to absorb light by 125%. Science Daily breaks down how researchers believe this breakthrough could lead to the production of thinner and more flexible solar panels that could power more homes in the future.

1AI and blockchain may drive the energy transition

Scientists have been looking at how to solve for the intermittent and unpredictable nature of renewable energy. OilPrice.com explains how researchers have come up with another potential solution to make renewable energy more dependable via renewable energy trading platforms that leverage AI and blockchain technology.