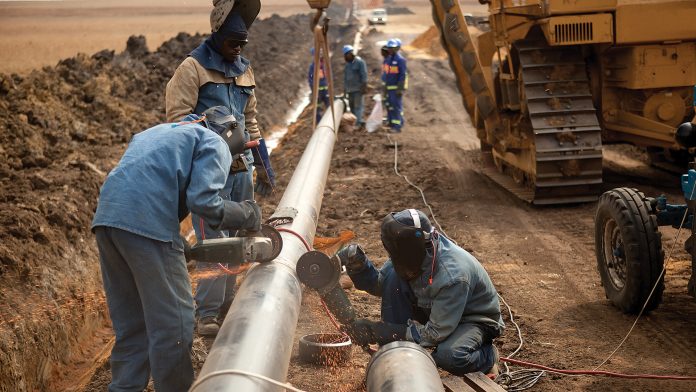 “Consumer Energy Alliance joins American energy consumers across the nation in expressing their deep disappointment in President Biden’s Inaugural Day decision to cancel the Keystone XL pipeline. Instead of choosing to keep Americans working through the post-COVID recovery, supporting private investment that will augment America’s world-leading emissions reductions and strengthening North American economic and energy security, President Biden bowed to the demands of a handful of special interests on his first day in office at the expense of American laborers, workers, families, and small businesses who depend on reliable energy.”

“CEA has historically advocated for all types of energy resources across the country and supports policies that will help the U.S. lead the world in enhanced environmental protections and reduced emissions. Given that our nation develops energy infrastructure safely and in the most environmentally-responsible way possible, this decision disregards the volumes of scientific evidence that shows the Keystone XL pipeline would be safe, enhance environmental standards, and be a more cost-effective alternative to importing oil from overseas.”

“As America continues to lead the world in environmental improvement, pipelines and advanced pipeline technology provide the safest method for transporting energy, according to the Department of Transportation, and the quantity of oil the Keystone XL would carry every day is equal to 4,150 trucks or 1,185 rail cars. This is a pipeline that has already committed to being zero carbon emissions and operated by 100% renewable energy. It is unfortunate that, in this instance, ideology has trumped common sense, and will achieve the opposite environmental effect than was intended.”

“On top of giving a victory to foreign energy sources, it also ignores more than a decade of work done by the Department of State, Department of Energy and PHMSA which have collectively concluded that Keystone XL would be an incredibly safe pipeline with state-of-the-art monitoring technology, would lower gasoline and diesel prices and would reduce carbon emissions associated moving oil into American refineries. Shutting this project down at a time when the U.S. has returned to being a net oil importer and lost the energy independence that took decades to achieve will, once again, put energy prices in the hands of foreign nations at the cost of our families and small businesses.”

“We had over a dozen years to evaluate the economic and environmental impacts of the Keystone XL project. In fact, this vital infrastructure project was estimated by President Obama’s State Department to have generated significant economic growth – $3.4 billion or roughly 0.2% of GDP – and 42,100 jobs with no significant or harmful environmental impacts. President Biden and members of his administration, including former Secretary of State John Kerry, should know these findings well.”

“We look forward to working with President Biden on common-sense policies that are good both for our environment and our economy. We already have globe-leading environmental improvement and must expand it while meeting the energy needs of families across the nation, and delivering safe, affordable and reliable energy.  As we revive America’s communities and economy from the COVID-19 crisis, we must have a clear, certain regulatory framework for our country’s energy infrastructure, because pipelines play a critical role in fueling our lives, powering our homes, advancing our economy, and helping improve our environment. No matter what certain loud interest groups say, pipelines are essential in propelling the evolution of our energy mix, and are a powerful way to make immediate environmental gains.”