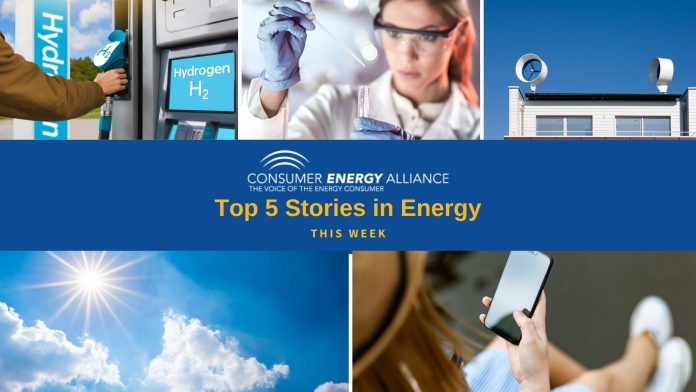 President Biden unveiled his “Build Back Better” proposal on Wednesday, detailing plans to upgrade the country’s infrastructure, including fixing 20,000 miles of roads and 10,000 bridges, updating and modernizing the electric grid, extending broadband access and accelerating the shift to renewable energy sources by adjusting tax credits for energy producers and creating federal mandates requiring that a certain percentage of electricity in the U.S. be generated by zero-carbon energy sources.

The White House also announced a plan on Monday to expand the country’s offshore wind farms along the East Coast, with hopes to generate 30 gigawatts of offshore wind power by 2030.

Internationally, the Suez Canal reopened this week and ship traffic was able to resume after the Ever Given container ship was freed. While oil prices fell more than 1% immediately following the canal reopening, it rose 3.9% after OPEC+ agreed to gradual monthly output increases.

Looking for more good news? Here are our five favorite stories to help you start your weekend!

A new facility in Tokyo opened that will convert dried sewage sludge into renewable hydrogen gas for fuel-cell vehicles. E&E News provides the back story on how the process will demonstrate a “new pathway” for reducing the emissions of waste.

Government researchers have developed a new solvent that could cut down the cost of carbon capture by roughly 19%. E&E News reports on how by using a solvent that requires less water than alternatives, this technology could open the door for greater deployment of it.

3The future of residential wind power could be bladeless turbines

A tech startup announced a new design of a bladeless wind turbines intended for residential areas, since they could function using generators or solar panels as well as connecting to the grid. MITech News shares how this technology could be the next innovative leap forward in sustainable energy.

2A liquid that absorbs and stores solar energy for 18 years!

Sweden developed a solar thermal fuel that is capable of storing the sun’s energy for up to 18 years. India Times details how this technology allows for energy from the sun to be captured into strong chemical bonds that remain even after the liquid cools down to room temperature.

1The future of energy-harvesting cards

Researchers announced a 3D-printed rectifying antenna the size of a playing card that can harvest electromagnetic energy from 5G signals and use it to power devices. New Atlas explains how this would essentially turn 5G networks into wireless power grids.