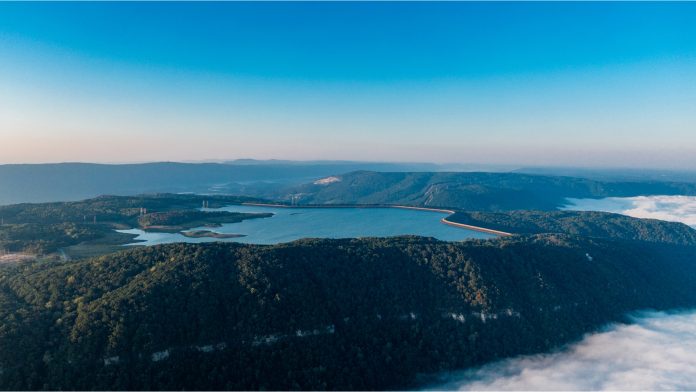 Wind and solar make most of the headline renewable news, but they aren’t the only ones. If you’ve ever wondered about the alternative and renewable energy sources available in the United States and what it will mean for the future of available American energy supply, wonder no more. There’s been an option quietly in use for decades.

One of those is pumped-storage hydropower or PSH. This type of hydropower started in the U.S. around 1960, with most of the infrastructure in use now built between 1970 and 1990. Most people associated dams with hydropower, but that’s not always the case. That’s because not all dams are built to produce electricity. Dams are often built to control river flow to mitigate flooding, increase river flow during dry seasons and improve navigation of the waterways for flood plains.

So read on for an introduction to one of the oldest large-scale energy storage systems in the United States and how it’s making a comeback – we’ll at least through word of mouth.

How Does Pumped-Storage Hydropower Work?

Pumped-storage hydropower creates a system where water is pumped from an upper reservoir to a lower reservoir through a closed-loop hydraulic system or through an open-loop hydraulic pump system. Both work by forcing water to move between storage areas that activate a turbine, which produces electricity that is stored and sent to a power grid for distribution and consumption.

In essence, these systems pump water into their upper reservoirs when electricity demand is lower – usually in the evenings. During periods of high electricity demand, the stored water is released downhill through turbines which create electricity in the same manner as a conventional hydro station. The turbine can also act as a pump, moving water back uphill, and the process repeats itself.

An open-loop system utilizes a natural body of water and a dam. A closed-loop system acts like a siphon that consists of an upper and lower reservoir that does not connect to or rely on a naturally flowing river, stream, or waterway.

It is the oldest method of producing electricity on a large scale and a perfect addition to wind and solar power initiatives because it can pick up the slack seasonally and during periods of intermittency with wind and sun. Of all of the operating hydropower facilities, pumped storage accounts for 95% of all utility-scale energy storage in the country, according to the U.S. Department of Energy.

As states start to mandate cleaner energy, policymakers, developers, and community members will evaluate costs, land availability, and other issues associated with the buildout and development of large-scale renewable projects. Like any energy source, hydropower comes with its own set of potential challenges in terms of the engineering mentioned above issues to control river flow, land use, local hydrology, and weather, as well as associated costs. These are also similar issues with other clean energy sources.

But the benefits are unquestionable. States with access to or can build hydropower facilities, or related transmission infrastructure will have an excellent large-scale sustainable renewable energy source. It can act on-demand to meet challenges posed by the seasonality and intermittency of solar and wind while improving grid reliability and mitigating other service disruptions.

Current and Developing Hydroelectric Facilities within the United States

The United States currently has over 2000 hydroelectric facilities that have produced approximately 37% of our nation’s renewable energy and have accounted for 7.3% of the total energy generated for our power grids. Until last year, hydropower was the leading source of renewable generation before wind surpassed it.

Even though approximately one-third of the potential for hydroelectricity is currently underway in the United States, there remains a lack of available land and water resources to construct large power plants. There is potential in the future for smaller hydroelectric plants to be built to serve individual communities, but that is still being considered. In the meantime, states which border Canada have considered new transmission projects that would supply clean hydropower into their energy mix in an attempt to meet their energy goals. People often forget how intertwined and dependent the Canadian and U.S. energy grid and markets are on one another. The U.S. has been importing energy and hydropower from Canada for over a century. Those clean energy imports make up a significant percentage of the electric mix in the Northeast and New England.

As a large consumer of electricity, the United States is currently expanding its renewable energy sources by utilizing a blend of technologies. Hydroelectric power can exponentially increase the use and availability of renewable energy at a large scale by providing a source of electricity that does not require home and landowners to install solar panels or wind turbines.

As we collectively work to find a diverse mix of energy solutions that are cleaner and more affordable to meet the demands of our communities, scientists, surveyors, and stakeholder groups, we will need to come together around hydroelectric infrastructure development. When they do, we will be poised to dramatically increase the percentage of renewable energy used nationwide and at home.