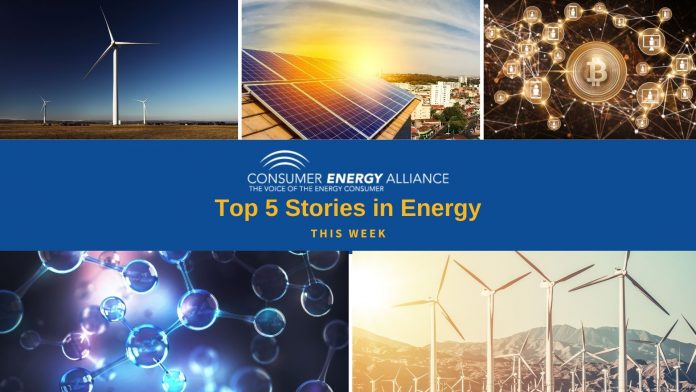 The Department of Interior today announced the first offshore lease for wind energy development off the coast of New York and New Jersey. The proposed lease has the potential to unlock over 7 GW of offshore wind energy.

Earlier this week, the Biden Administration announced it will explore the potential of offshore wind energy development in the Gulf of Mexico.

On the natural gas front, Western States and Tribal Nations Natural Gas Initiative this week released a report showing the potential for North American LNG to reduce net life cycle emissions by 42%-55% if exported to Asia.

Meanwhile, oil prices hit a multi-year high today after three consecutive weeks of gains, as worldwide demand increases and people across the globe begin to resume travel. Catch up on more of this week’s energy news below!

Global solar power developers are slowing down projects because of a sharp increase in costs for components, labor and freight. Reuters reports on how the solar energy industry has been shaken up by supply chain bottlenecks that have developed in the recovery as the world economy bounces back from the coronavirus pandemic.

4A turbine that puts wind power in your backpack

A technology company announced a new foldable 3-pound, 40-watt wind turbine that can charge handheld electronics, is the first of a series of renewable power devices designed by the startup to provide freedom from the electrical grid. Interesting Engineering breaks down how this new technology can harvest three phones worth of power in as little as an hour.

The wind energy industry has been grappling with the issue of what to do with wind turbine blades when they’re no longer needed. CNBC details why companies are looking into new ways of recycling wind blades, including as a construction material to build new wind farms.

1How to use electricity generated from volcanoes to mine Bitcoin

Bitcoin mining requires large amounts of electricity to power the computers that generate the currency. NPR tells the story about why the president of El Salvador announced that the country’s state-run geothermal energy utility would begin using power derived from volcanoes for Bitcoin mining.