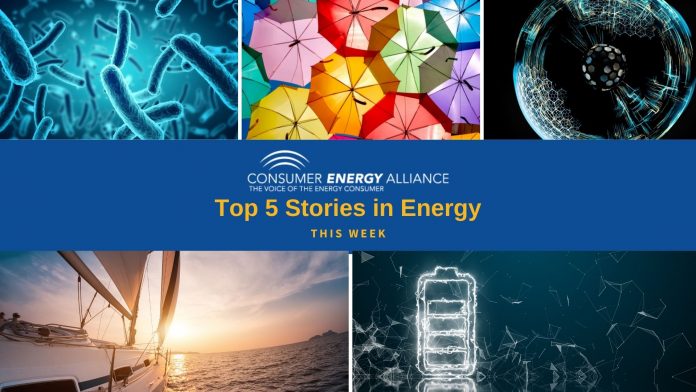 Headlines were made yesterday as President Biden announced that a bipartisan deal had been negotiated on the long-awaited infrastructure package. However, today, GOP negotiators were less than pleased to learn that Biden’s signature is contingent upon it passing in tandem with a bigger bill which was put together without GOP input.

Earlier this week, a U.S. District Judge dismissed the case against the Dakota Access Pipeline, due to the Standing Rock Sioux Tribe failure to demonstrate a “likelihood of irreparable injury” from the line’s continued operation, to the court.

Meanwhile, crude prices are expected to continue rising and could possibly go as high as $100 a barrel.

Catch up on more of this week’s news below!

5Bacteria that can help to fight climate change

Washington University scientists are examining a type of bacteria known as photoferrotrophs, which steal electricity from iron that could help to counteract climate change. St. Louis Public Radio reports on how new research suggests these microbes could be common in areas across the U.S., already helping to absorb carbon dioxide.

4Solar-powered umbrellas can help to cool you down

While everyone thinks about using a sun umbrella on the beach to provide shade from the sun, now solar-powered umbrellas can collect the sun’s energy to help cool you down as well. Inhabitat breaks down how the “origami-style umbrella” has foldable panels that when power is generated, can be used for refrigeration and cooling through mini fridges and more.

While scientists have been looking at how nuclear fusion could provide zero-carbon electricity, a new giant magnet is the focus of a new attempt to make it a reality. World Economic Forum explains how a project is using a powerful magnetic field to control the plasma created by the fusion reaction, to heat water to produce steam to drive a turbine generator.

2Inflatable sails that can power boats without fuel

Nuclear specialists are examining small power plants or “nuclear batteries” and the power they could supply for industrial processes, electricity for a neighborhood and more. MIT News shares how the simplicity of their operation make them a good option for helping to produce clean energy and lower emissions globally.