Solar technology is currently changing the face of modern energy generation for consumers. From rooftop, to community, to utility-scale projects, American families and small businesses across the country are realizing the potential that solar brings in the form of clean, affordable, and reliable energy. 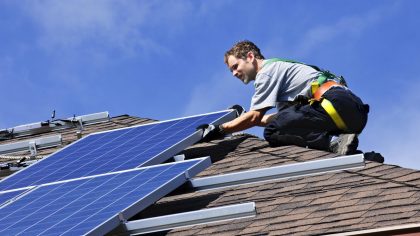 The steadily declining costs per kilowatt hour of solar photovoltaic systems and the expansion of solar panel leasing programs are contributing factors in solar rapidly becoming a more sizable portion of renewable energy generation. The amount of solar power installed in the U.S. has increased more than 30 times over the past 8 years – from 1.2 gigawatts in 2008 to nearly 36 gigawatts near the end of 2016, enough to power 6.5 million American homes.((U.S. Department of Energy, “Top 6 Things You Didn’t Known About Solar Energy,” June 6, 2016, https://www.energy.gov/articles/top-6-things-you-didnt-know-about-solar-energy; Solar Energy
Industries Association, “U.S. Solar Market Insight,” December 13, 2016, http://www.seia.org/research-resources/us-solar-market-insight)) Currently, there are about one million solar installments – private rooftop, community, and utility-scale – in the United States, and they account for about one percent of the electricity produced in the U.S.((Nancy Averett, “Solar Power Saves Everyone Money,” BU Today, July 25, 2016, http://www.bu.edu/today/2016/solar-energy-advantages/)) With the cost of systems continuing to fall, that number is expected to double in the next two years.((Ibid.))

The expanding solar industry allows the U.S. to diversify its national energy portfolio. Adding solar to the nation’s energy mix not only helps reduce America’s reliance on imported energy, but also helps reduce the impacts of price spikes and supply disruptions. Stabilizing the cost of electricity translates into lower electric bills for American homes and businesses.((Ibid.)) Furthermore, solar is an inexhaustible and therefore reliable resource. Finally, the solar industry currently provides thousands of jobs for hardworking Americans, and its job contribution is expected to rapidly increase. In 2016, more people were employed in solar power in the U.S. than in generating electricity through coal, gas, and oil combined, and the industry directly added nearly 74,000 jobs.((U.S. Department of Energy, “U.S. Energy and Employment Report,” January 2017, https://www.energy.gov/sites/prod/files/2017/01/f34/2017%20US%20Energy%20and%20Jobs%20Report_0.pdf)) 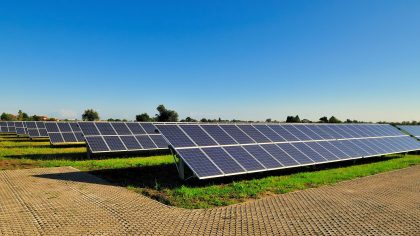 Consumer preference and costs will ultimately determine how rapidly residential and commercial-scale solar expands in the U.S., but it is clear that significant amounts of new solar installations are occurring and will continue to occur for the foreseeable future. More options, choice, and competition in the energy sector will benefit consumers and ultimately benefit both the environment and energy reliability.

Finding the best ways to incorporate solar power and other distributed energy sources into the grid will require a great deal of innovation and coordination at all levels of government. For consumers to fully benefit from this resource, policies will be needed to ensure consumer protection, information sharing, and grid modernization capable of fully incorporating these resources. Consumer Energy Alliance strong supports solar energy and the benefits it offers consumers throughout the U.S., which is why we have continually called for policies that are pro-solar, pro-grid, and pro-consumer.