Renewable Resources in the Gulf

Wind energy will not only be an important contribution to our nation’s energy mix onshore but also to the future production of offshore energy in the Gulf of Mexico. While most people traditionally think of wind farms on land, offshore wind has the ability to bring size and massive economies of scale needed to bring low-cost carbon-free energy to our nation’s communities. These are not your father’s wind farms. While these offshore wind farms are established in Europe, they are relatively new to North America. The industry’s potential output, economic benefits, and ability to diversify our energy mix – bringing greater energy independence – is vital to our nation.

Outside of the Atlantic and Pacific waters, the potential for production in the Gulf of Mexico alone for offshore wind is roughly 508 gigawatts.

Current economic activity supported by the construction and operation of a 600 MW Gulf of Mexico offshore wind development:

Embracing new offshore energy development of all types can provide a significant source of funding for activities ranging from infrastructure improvements and environmental restoration to conservation initiatives and expanded public access to recreation sites and trails in our National Parks. 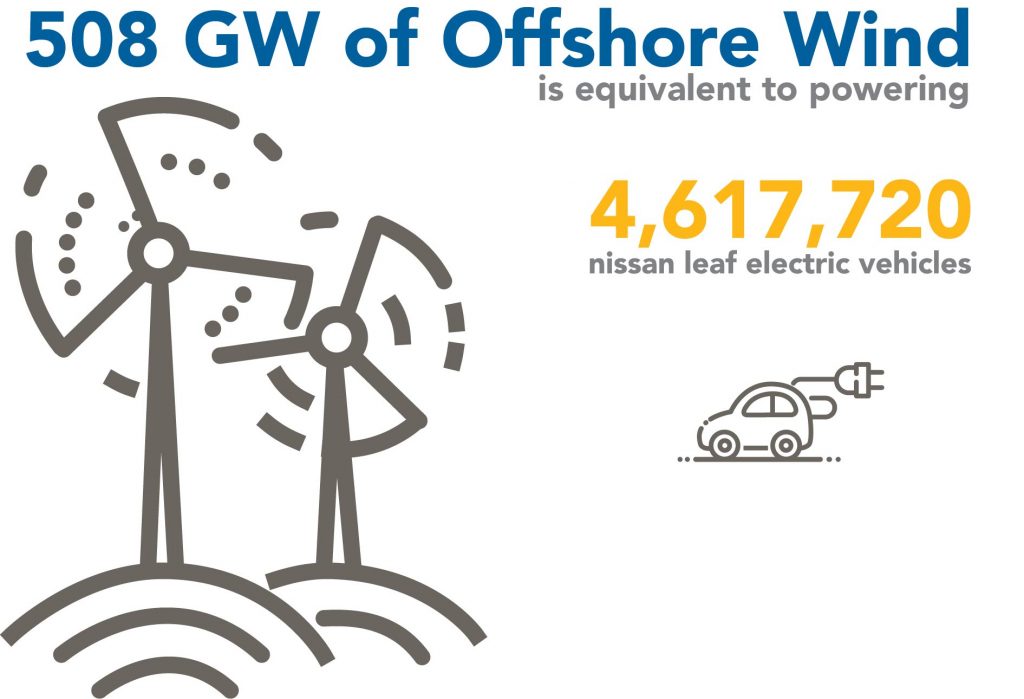