A 2016 study from the Obama Administration highlighted that the country’s greenhouse gas emissions wouldn’t be greatly impacted by leasing in the Gulf of Mexico. In fact, those emissions may be higher without Gulf of Mexico development. Without this development, the U.S. will have a greater reliance on foreign oil meaning higher emissions and would slow America’s world-leading environmental progress.

Continuing development in existing areas of the Gulf ensures the energy we produce and consume is done so with the world’s strongest environmental and safety standards. Knocking the Gulf out of production would mean that countries with poor environmental records and lower standards are providing the energy American families and businesses need.

It’s important to note that even with all our energy production, America has still achieved the largest absolute decrease in carbon dioxide emissions of any country since 2000, according to the International Energy Agency. Last year, we had the largest absolute reduction, 140 megatons, while China accounted for most of Asia’s 320 megaton emissions increase. The U.S. is more than two-thirds of the way to its emissions reductions goals under the Paris Climate Accord 2025 targets.

America pays as much attention to safety as it does the environment since they go hand-in-hand. Regulators and industry alike in recent years have taken unprecedented steps to further increase safety and environmental protections, including the following actions: 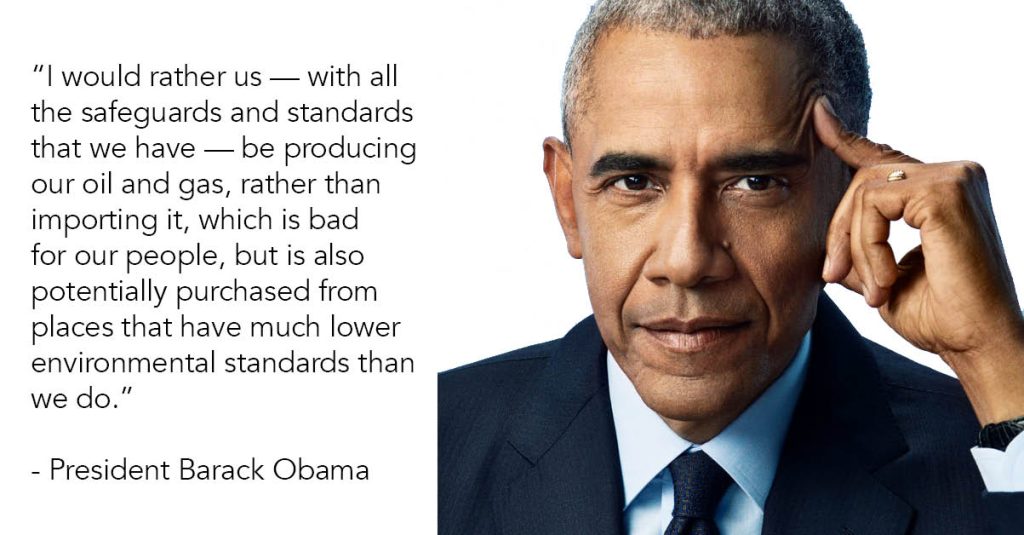