With the House and Senate prepared to debate Gulf spill “response” legislation prior to the August Congressional recess, Consumer Energy Alliance (CEA) president David Holt sent a letter to House Speaker Nancy Pelosi and Senate Majority Leader Harry Reid, outlining concerns with the current approach and urging that Congress wait for the results of a full investigation of the Deepwater Horizon incident before moving forward with sweeping legislation such as the bills that will be debated this week – which in their current form would cause additional job losses in Gulf Coast states, reduce domestic oil and natural gas production and hammer the US economy.

Holt issued the following statement after delivering the letter to Speaker Pelosi and Majority Leader Reid:

“The events that occurred on April 20 in the Gulf of Mexico are tragic on many levels – beginning with the loss of 11 men and the pain their families feel to this day. However, the legislation currently being discussed in Congress as a “response” to this tragic accident will do little – if anything – to strengthen the safety of domestic oil and natural gas production.

“By all accounts, the bills now pending in both the House and Senate would significantly limit the ability of the domestic energy exploration and production industry to meet the ever-growing energy needs of the nation – causing additional job loss, threatening American energy security and crippling an already anemic economy. Congress would be well-served to move forward in a careful, deliberative manner in order to ensure that any unintended consequences, as outlined in this letter, do not become a reality.  This nation needs a robust, balanced energy policy that both recognizes the role that oil and natural gas play in meeting more than 90 percent of our current energy demand and works to begin building and diversifying our alternative energy industry over the next several decades.”

Also, answer CEA’s Call to Action on Rolling Back the Offshore Drilling Moratorium by signing our petition to President Obama and Congress here. Act today and let the Administration know that you want to put hardworking Americans on the Gulf Coast back to work! 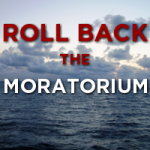 Roll Back the Moratorium: Put Hardworking Americans Back to Work!
Sign CEA’s petition urging President Obama to reverse the moratorium on deepwater drilling now. While we witness the devastating consequences of the Gulf of Mexico spill on the environment, we now know that a moratorium on drilling will cause severe economic repercussions. The oil & gas industry provides significant amounts of jobs and revenue for Gulf residents. The Administration’s kneejerk reaction may have consequences reaching far beyond the oil spill and into the future – rigs are already leaving the Gulf. 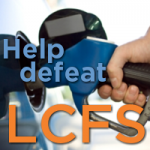 Help Defeat Efforts to Ban North American Energy and Increase Prices at the Pump!
The Low-Carbon Fuel Standard (LCFS) is being sold to the American public as a way to blend transportation fuels with low-carbon alternatives so that tailpipe CO2 emissions can be reduced. But the fact is that affordable and reliable lower-carbon fuel options are not yet available. As a result, an LCFS simply will increase the cost of diesel fuel and gasoline and will place certain domestic supplies of transportation fuels off limits. Increasing the cost of transportation fuel and U.S. dependence upon foreign sources of petroleum is simply unsound energy policy.

Join our effort to defeat these measures, which would put an economic stranglehold on America and leave U.S. consumers stuck with higher prices at the pump. Send in your comments today! 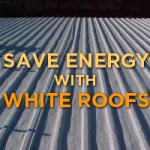 Getting Serious About White Roofs
Last week, we included the white roof recommendation in our list if five summertime energy savings tips. It was advice straight from U.S. Energy Secretary Chu, but because Chu initially spoke of the value of white roofs on The Daily Show last year, some people did not take him seriously.

Last week, Chu made clear how serious he was when he directed all Energy Department offices to install white roofs during new construction. Many news sites reporting on the development could not resist the headline, White is the new green. The New York Times noted that the benefits of white roofs go beyond simply reducing cooling costs. They actually can help keep entire cities cooler, by mitigating the “heat island effect,” in which large concentrations of dark, heat absorbent surfaces like asphalt serve to make urban areas hotter than surrounding regions. (No, you weren’t imagining that!) Read blog… 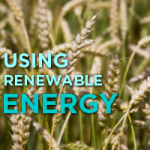 Using Renewable Energy
Interested in discovering ways to use renewable energy around your home? The U.S. Department of Energy maintains a wealth of information on what you can do with renewable energy. Check out these tips:

To learn more about using renewable energy, visit the Renewable Energy section of EnergySavers.gov, a consumer-geared website of the U.S. Department of Energy.

China Rejects IEA’s Claims About Energy Consumption
Though the International Energy Agency recently announced that China had overtaken the United States as the top energy-consuming nation in the world, China disputes that assertion. Read article… 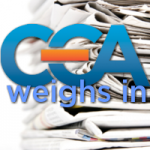 CEA Defends, Supports Natural Gas at EPA Hearings
As we have discussed in previous newsletters, the EPA is currently in the initial stages of developing and executing a study that will examine the relationship between hydraulic fracturing and drinking water. CEA has engaged in every opportunity for public and industry input and recently participated in EPA public hearings in Texas, Colorado, and Pennsylvania.

In addition to our attendance, CEA rallied several friends and affiliates to participate in the meetings and voice their support for the safe utilization of hydraulic fracturing, a technology that is integral to developing clean-burning natural gas. In Fort Worth, over 600 citizens attended and 110 people spoke, a majority of whom spoke of their concerns with contamination and the effective of regulations. In Denver, conversely, the comments were mostly supportive of hydraulic fracturing and expanded drilling, though some remained skeptical about its impact on the environment and public health.

The latest hearing in Canonsburg, Pennsylvania- located in the heart of the Marcellus Shale- proved to be the most emotional meeting thus far. With approximately 1,200 citizens in attendance and over 150 speakers, this hearing certainly illustrated the broad concerns and immense public scrutiny expanding drilling has garnered. A vast majority of the speakers recounted stories of well contamination and other problems that they attributed to hydraulic fracturing. However, a majority of these accounts of contamination have not been verified by the Pennsylvania Department of Environmental Protection as a result of hydraulic fracturing. Proponents of hydraulic fracturing continually underscore the fact that no link between water contamination and hydraulic fracturing has ever been identified but understand that industry needs to address public concerns and maintain public trust on issues associated with public health.

CEA continues to highlight that hydraulic fracturing must be held to high standards, and industry must be accountable for any wrongs that may occur. However, as the study proceeds, CEA also wishes to emphasize that we must allow science and objective fact guide the study, not misdirected emotional attacks. The concerns about the safety of hydraulic fracturing need to be addressed appropriately, but we must also balance the economic benefits expanded natural gas production can bring.  For example, the full development of the Marcellus Shale could produce over 800,000 new jobs over 30 years and generate billions in state revenue ($18 billion for Pennsylvania alone).  Producing domestic gas not only gives a significant boost to the economy, it also bolsters national energy security and provides a cleaner energy that will serve as a bridge fuel as we move to alternative, greener energy.

The fourth and final hearing will take place August 12 in Binghamton, NY, where there is currently a moratorium on drilling in the Marcellus-Utica Shale until a more thorough environmental assessment is completed. The immense popularity of the issue in the New York region compelled the EPA to host three hearings to accommodate more speaking slots, all of which have already been filled. CEA will attend and provide comments, and we will report back following the hearing.

“The Research Partnership to Secure Energy for America’s mission is to provide a stewardship role in ensuring the focused research, development and deployment of safe and environmentally responsible technology that can effectively deliver hydrocarbons from domestic resources to the citizens of the United States,” says RPSEA President C. Michael Ming. “Our motto is Secure Energy for America.”

Local, state and national energy issues and policies, specifically in regard to hydrocarbons, that evolve and are established greatly affect the current state and future of the organization.

“RPSEA would like to see the support and acknowledgement of fossil fuels needed for our nation’s energy needs today and in the future. We would like to see more funding contributed to research and development of technologies needed both onshore and offshore to advance our nation’s capability of finding and producing the energy we need in a safe and environmentally acceptable manner,” explains Ming.

RPSEA is an affiliate of Consumer Energy Alliance because, Ming says, “CEA is an important ally to RPSEA. Both organizations are focused on securing energy for the citizens of the United States in a safe and environmentally responsible manner, so that the nation depends less on foreign oil and gas. Both accomplish these focuses through a collaboration of energy experts, the public and government, which in turn, is a positive and successful model for future development of energy policy for our nation.”

For more information on the Research Partnership to Secure Energy for America, visit http://www.rpsea.org/.