The New Face of the “Moratorium” and Its Implications

The Gulf of Mexico spill has had a tremendous impact on the environment and livelihood of residents in the Gulf region. Due to the ensuing oil spill from Deepwater Horizon, the Obama Administration put in place a temporary moratorium of deepwater offshore drilling in the Gulf, which they recently lifted. Despite the Administration’s action, a de facto moratorium remains for deepwater and shallow-water operations, which means that access to a large portion of oil and gas resources off of the nation’s coasts is at risk because of continued regulatory uncertainty on offshore operations.

Although safety is a major concern, there are far greater implications from delaying or limiting development of offshore energy resources for such an extended period of time. With the country already in a protracted economic crisis with more than 15 million of us unemployed, continuing to delay our domestic energy development will only worsen our economic situation. The U.S. oil and natural gas industry is one of the principal revenue-producing sectors for the nation, generating nearly $1 trillion in economic activity annually.  It is simply irresponsible in these difficult economic times to fail to implement policies that safely, effectively and in a timely fashion bring our national energy resources back on-line.

With nearly every sector of the U.S. economy directly connected to energy in some way, the economic ripple effect will continue to expand. Many industries that employ millions of American workers, including agriculture, air transport, manufacturing, trucking, steel, chemicals and more, could be adversely affected by the moratorium – or, at minimum, see a longer and more damaging economic slowdown. The damage will continue to worsen if offshore production is further delayed because the Administration does not follow up the rescinding of the deepwater moratorium with serious, meaningful action to promote in practice the type of work that they intended to promote in theory.

It is time to put America back to work.  Our domestic energy industry can help.  Help us support a thoughtful solution by letting our political leadership know that American Energy = Jobs and Economic Recovery.

Plans for Energy Day 2011 are already underway, and we are excited to add a new component to next year’s event. Along with the Energy Day forum and reception in Washington, DC, next year will include an energy-focused, educational festival held at City Hall in Houston. To celebrate Houston as the “energy capital of the world,” consumers and industry leaders will be coming together to highlight the energy community and how energy affects our everyday lives. Please join us and take advantage of this opportunity to sponsor and participate. Some of the highlights next year will be:

Sponsorships and participation opportunities are available now. Please contact Kathleen Koehler at kkoehler@consumerenergyalliance.org to receive information and sign up to participate!

Footprints and “Toeprints,” How Far Are We Willing to Go?

If you’re like most people, when you think about travel-related energy consumption, you think about the big things: The size of the car, the length of the flight, the distance of the drive. Not so much about the cab ride to the airport, or whether you take a light rail train or a fuel guzzling bus to get into the terminal.

But this article about the so-called carbon “toeprint” involved in travel caught our attention. It’s about all those little steps that are required when you embark on a major trip. Things we often consider non-negotiable.  Taxis. Airport shuttles. Buses that connect trains to planes. Even economy parking influences the amount of energy we collectively consume when we travel. Read blog and tell us your thoughts…

The Council’s activities include high-level briefings on issues of current concern, assistance with practical trade and policy challenges, and providing significant networking opportunities and informative seminars. With the business and trade relationship between Canada and the United States being the strongest and largest in the world, strong business growth revolving around innovation and across-the-border partnership is imperative. Established in 1987, the Council is a non-profit, issues-oriented organization dedicated to elevating private sector perspectives on such innovation and growth.

The Houston Technology Center is generously supported by more than 300 of Houston’s leading corporations and academic institutions, as well as the Greater Houston Partnership, Texas Medical Center, NASA-Johnson Space Center and the City of Houston.  In eight years of operation, HTC has provided feedback to well over 1,000 companies and coached more than 200 companies, helping them raise $750 million in capital and creating thousands of jobs.

As the winter season brings colder weather across the country, it is a great time to evaluate the cost of heating homes and the impact those costs will have on your household budget. Here are some tips the Department of Energy has to offer to best prepare for the winter months:

To explore these options and learn how to best tackle the tasks, visit the Department of Energy’s “Energy Savers” website. 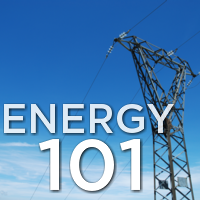 University of Houston- Energy as a Focus

Located in the energy capital of the world, the University of Houston is a natural hub for innovation and bold approaches to address the world’s energy challenges today and in the future.

UH Energy is a special initiative encompassing engineering, law, business, geosciences, technology and research, all focused on one goal — energy innovation to power our lives and preserve precious resources. The faculty and staff of UH is committed to educating the innovators of tomorrow — providing a dynamic environment for students and faculty to exchange ideas and work in partnership with industry, researchers, organizations and the community. The goal of the programs included in UH Energy is to challenge students to foster economic prosperity, ensure global security and work to protect the planet and its inhabitants before they even enter the work force.

Dr. Marshall Schott of UH Energy was our special guest speaker at the Houston CEA meeting, and he outlined the program, goals and achievements of UH Energy. Click here to see his full presentation.

The U.S. Outer Continental Shelf (OCS) has been the center of recent activity including a moratorium on deepwater drilling, a suspended lease sale, and an emerging atmosphere of regulatory uncertainty. On October 12, the Obama Administration lifted the moratorium on deepwater drilling– a response to the Deepwater Horizon oil spill in the Gulf of Mexico – that had been in place since May. Although a moratorium is no longer officially in place, the Administration has developed new rules for offshore exploration & production and anticipates releasing additional regulations in the coming months. Due to the expanding set of regulations – in addition to a markedly slower permitting process for deepwater and shallow-water operations – producers have not been able to develop resources at an equitable rate. In essence, a de facto moratorium has prevented access to abundant offshore U.S. energy resources.

As it concerns the mid-Atlantic OCS, the Administration has given no indication as to when Lease Sale 220 will be held. In May, Interior Secretary Salazar suspended the sale, which would have leased areas off the coast of Virginia for further exploration.  Finally, the next Five Year Plan (2012-2017) for OCS Oil & Gas Leasing Program will begin in July 2012, but the Administration has not announced a timeline.

We, along with our members, addressed such issues with Virginia Governor Bob McDonnell at the Virginia Governor’s Conference on Energy – a two-day event that discussed all aspects of energy production and use in the Commonwealth. Southeast Energy Alliance (SEA) and Governor McDonnell utilized the conference to press the Administration to reinstate the leasing schedule and move forward with Atlantic OCS development.  During the conference, SEA released a report on the economic benefits OCS production could bring to the Commonwealth of Virginia.

In particular, the report highlights the significant boost OCS development will have on Virginia’s economy: 1,900 new Virginian jobs; $365 million added annually to the gross state product; and $19.5 billion in government revenues for federal, state and local governments. Yet, these figures could increase depending on the true size of the resource base. According to a 2006 OCS Assessment by the Department of the Interior, the waters adjacent to Virginia’s coast are estimated to contain as much as 750 million barrels of oil and 6.65 trillion cubic feet of natural gas. This estimate, however, may not fully capture all of the oil & gas resources, as DOI noted that this estimate reflects the government’s best projection of undiscovered resources given current technology and geologic knowledge. As we have seen with onshore and offshore estimates of oil & gas reserves elsewhere, the quantity of technically recoverable resources can increase exponentially with new technology and better intelligence.

As SEA urges in its report, OCS development off the coast of Virginia must proceed in a responsible, timely manner. In addition to rescheduling Lease Sale 220, the Administration must finalize the Five Year Plan for 2012-2017 and ensure the Commonwealth of Virginia receives an equitable portion of revenues generated from production off its coasts.

For more information about SEA and to view the report, please click here.