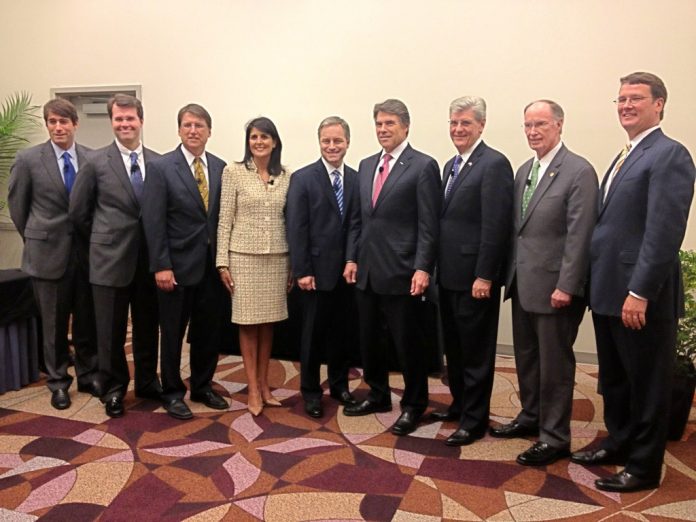 In the United States, economic growth and opportunity have always been grounded in our technical prowess, our desire to innovate and our ability to effectively use our vast natural resources. From our advancement of Internet and information technology anchored in Silicon Valley, to our expansion of oil and gas drilling technologies here in Texas, our nation’s potential to expand into new frontiers is limitless. Federal policies must support that exploration, not impede it.

This spirit of innovation and scientific advancement is what underpins the proceedings at this week’s Offshore Technology Conference here in Houston. Pioneers from all over the world are here to discuss new ways of tapping the vast pool of natural resources that rest beneath the waves all over the globe.

While remarkable advances in onshore technology have opened up vast fields of oil and natural gas once thought to be unreachable, the future of American energy production lies offshore, not just on land.

The U.S. Bureau of Ocean Energy Management estimates that as much as 90 billion barrels of oil and 398 trillion cubic feet of natural gas exist offshore from Alaska to the Atlantic, to the Gulf of Mexico and the West Coast. For perspective, the U.S. trucking industry – one of the largest consumers of gasoline and diesel – could fuel every single one of its trucks every single day for 101 years with the oil resources available in the U.S. Outer Continental Shelf.

In Texas, reliable oil and natural gas directly benefit growth and job creation in every sector of our economy – from computer fabricators in Austin, to the chemical plants in Beaumont, to the shipyards in Corpus Christi, to our world-renowned medical center in Houston.

Unfortunately, much of the OCS remains off-limits to development, and the outlook for future development of these areas remains murky. Current federal leasing plans, enacted in 2012, block development in the eastern Gulf of Mexico and the mid and South Atlantic regions for the next five years, despite bipartisan support for the reinstatement of lease sales in these regions. Much of the Atlantic OCS contains recoverable sources of oil and natural gas, but so little exploration has been allowed that many states lack hard evidence of their resource base. And many states are now clamoring for better information.

At a forum last week in South Carolina, a chorus of citizens, business leaders, industry leaders, and state, local and national policy makers called on the federal government to expedite permitting for seismic analysis of the seabed off South Carolina’s coastline. They understand what offshore development could mean for the South Carolina economy and for the state’s infrastructure development. But first, Washington must allow them to survey what they have, if only to prudently plan for the state’s economic future.

In Alaska, where a vast pool of oil and natural gas resources is not only surveyed but accessible, federal policy also is halting development. Several companies have temporarily suspended exploration offshore Alaska due to regulatory uncertainty.

Meanwhile, Russia and Norway are moving to expand their Arctic drilling capabilities, shifting investment and expertise away from American interests and putting us behind the curve in developing our Arctic resources.

At OTC on Monday, a group of eight coastal governors, including Gov. Rick Perry, called for an improved dialogue with the federal government to allow expanded access to U.S. waters. They noted that 85 percent of the nation’s OCS is currently off-limits. They also urged federal policymakers to better manage regulatory standards for offshore development to provide increased certainty and more efficient timelines for operators. Finally, the governors endorsed legislative efforts to expand oil and gas revenue-sharing to all coastal states, underscoring the importance of such revenues to state coastal management and infrastructure development programs.

Policymakers should take their cues from the can-do spirit of OTC and apply that same dynamism to fashioning reasonable offshore regulations. Building on our undeniable success and technological advancement in developing our onshore resources, we should be looking to the sea to help supply our nation with domestic oil and natural gas in a safe, reliable and responsible manner. With a renewed focus on the OCS and the flexibility to allow states to determine their own fate, Washington could help usher in the next energy boom.

The future of American energy production is offshore, just as much as it’s onshore, and it’s time our federal policymakers enable this growth

Holt is President of the Consumer Energy Alliance, headquartered in Houston.